Sunday September 25th 2016 was the Bay to Birdwood Run for vehicles manufactured up to 1960.  Approximately 1,000 vehicles, including motorbikes, travelled from West Beach to Birdwood.

The weather was cool which was ideal for the cars, but a few cars had overheating problems with slow moving traffic across the city.

There were so many great vehicles to admire on the day, ranging from the pristine Concourse de Elegance entrants, through to the 100 year old plus veterans, the motorbikes, trucks and buses.

This year the Preservation Trophy Class was initiated for vehicles that are substantially original. It was great to see Darren Piltz and crew in this group in his 1926 Chevrolet Charabanc – the vehicle and their attire suited the theme perfectly.

Two club members Rhonda and Dennis Scarman, and Rhonda’s sister Christine Kemp,  travelled from Murray Bridge to Birdwood on Sunday morning to join in the festivities. 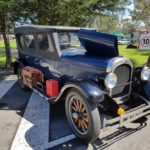 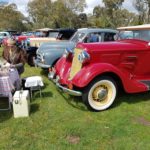 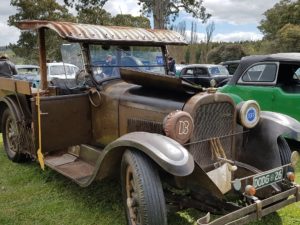