ACCMB members turned out in their assortment of colorful Christmas dress, meeting at Johnstone Park Clubrooms before departing in their 33 vintage, veteran, classic and modern cars for Palmer hall, the venue for the end of year Christmas party.

With the hall suitably decorated for the occasion, approx 75 ACCMB members seated themselves around the hall, setting up for their BYO morning tea.

President John Courtney opened the day’s proceedings by welcoming all to the party of the year, before handing over to entertainment organizer, Mrs. Lyn West who outlined the day’s activities and entertainment.

It was then member Graham Edwards who announced the first item by introducing its performers, Jill Matschoss (keyboard), Vernon Graetz (soloist), Peter Geue (guitarist) Howard Wright (trumpet) and himself (saxophone).

The group, suitably named the “Geriatrics”, played a bracket of songs – “Bring your Smile Along”, “Raindrops Keep Falling on your Head” and “White Christmas” suitably sung to perfection by Vernon Graetz and accompanied by the “Geriatrics” group.

Raffle baskets were beautifully decorated by the President’s wife, Vicki Courtney with draws taking place during the course of the day, with winners being, Lorraine Wye, Fina Jellett and Tom West.

A smorgasbord lunch of cold meat and salads was well organized by Brenda Cowie, along with her magnificent band of volunteers, and wearing the new ACCMB aprons for the first time.

With lunch done and dusted and with members appetites satisfied, it was time for the afternoon entertainment.

First cab off the rank was a song entitled “The Car Club Song”, composed and sung by Lyn West to the tune of “When the Saints”, was enthusiastically applauded by all present.

This was followed by the singing and acting group made up of Tom West, Bob Hunter, Aileen Geue, Lyn West, Myra Wright, Elaine Bretag and Jill Matschoss presenting the “Night before Christmas”, enhanced with visual and auditory effects, this too was well received by the audience.

The final item of the day was a bracket of songs, sung by the lady acting singers, followed by a community sing along of songs by the ACCMB members, which include such songs as, “Two front Teeth”, “Christmas wish Song”, “Jingle Bells” and “We wish you a Merry Christmas”.

Dessert and sweets followed for the already “I have had sufficient, thank you” members, but somehow most were seen to still be partaking in some of the delicious desserts made by the lady members.

Then finally the day was over, with President John Courtney thanking all those who had worked so hard to put the day together to make it another successful outing in the life of The ACCMB and for those members who made the effort to attend, before wishing all a very “Happy Christmas and a Prosperous New Year. 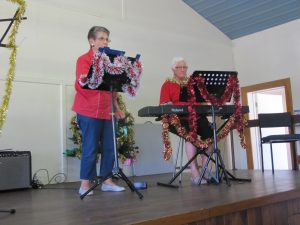 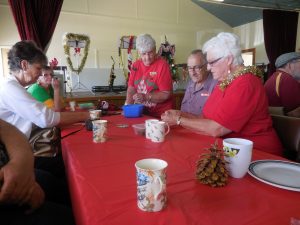 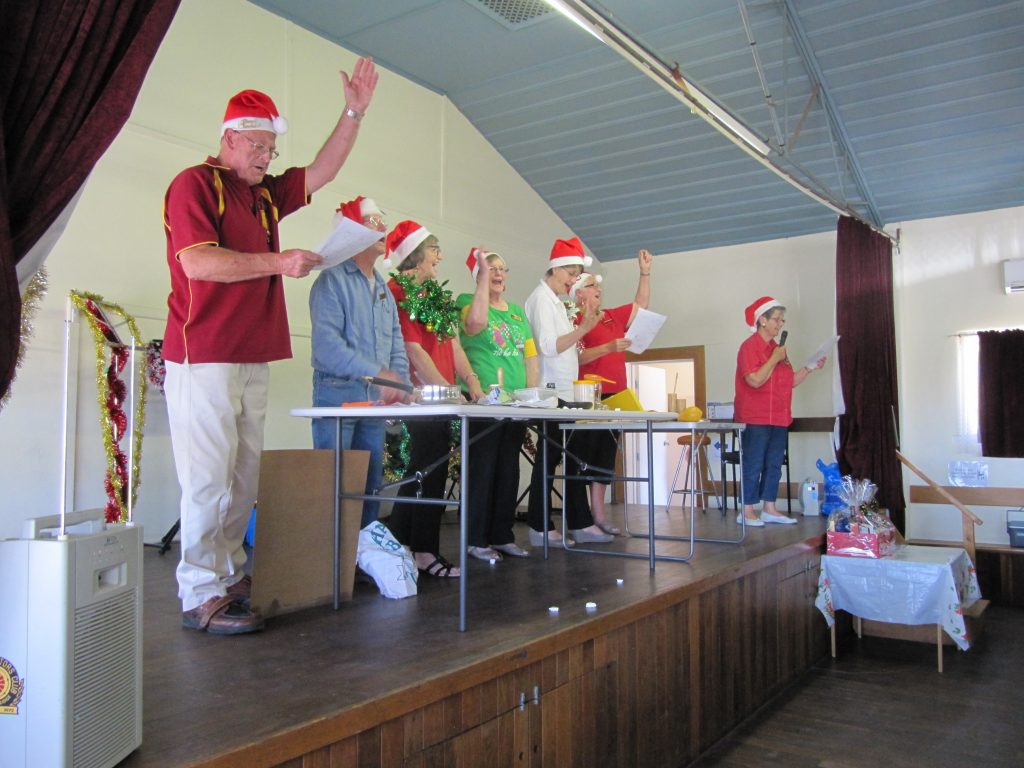