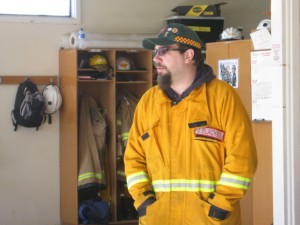 On the coldest morning for a very long time, it was just as well this Club Run was timed for a later start!  About eight cars left the Clubrooms at 10:00 a.m., led by Tom West, and headed for the home of June and Terry Mabbitt. Others travelled direct to the venue. In all, about 31 vehicles and 62 people attended the “Biggest Morning Tea”, enjoying scones topped with jam and cream with their cuppas. Trevor Jericho brought some friends who had been camping in trailers in Murray Bridge over the preceding weeks and it was great to have their company. They had attended the Club’s previous Run to Greenock and had had such a good time that they were happy to enjoy another outing with us. During the proceedings, Lyn West addressed those present, welcoming everyone, thanking Terry and June for opening their home and wonderful facilities to the group and expressing appreciation for donations to Cancer Research. The total raised at the function was $305.90 – a wonderful contribution. Lyn also explained what would happen in the next part of the proceedings.

After morning tea was completed, everyone headed for the C.F.S. Station in Thomas Street, Murray Bridge. Of high interest, to those lucky enough to witness it, was the sight of Trevor Jericho and Ian Rowley folding their sizeable frames into a Mini Minor for the short trip. Apparently, it was even funnier watching them remove themselves from the vehicle when they arrived – arms and legs appearing spider-like from a confined space. At the Station, we were welcomed by Jiron Blackett, captain of the local C.F.S., and several of his colleagues. Our members were treated to a very informative and impressive address by Jiron, who conveyed a lot of interesting facts about the complex variety of tasks the C.F.S. are called upon to perform and about the kinds of situations in which these amazing volunteers can find themselves. We were shown and able to handle the uniforms and protective gear and everyone agreed that it was a most interesting and valuable experience. After his excellent address, Jiron was thanked by Lyn West and given a cheque from the Club as a donation to the C.F.S. and its important and vital work in our community. We were then able to inspect the three C.F.S. vehicles, some members even managing to climb (definitely “CLIMB”) into the drivers’ seats. A very big THANK YOU must go to Jiron and his crew for their hospitality, their care for members’ comfort (bringing chairs for everyone during the address) and, of course, for giving up a Sunday morning voluntarily in order to entertain and educate our group.

We then returned to the home of June and Terry for the annual Sausage Sizzle. The good, old, barbecued sausage with onions and sauce in a slice of bread always goes down well. When it is followed by cake and biscuits with a cuppa, who could ask for more? Whilst all this was being enjoyed, quiz sheets (for the Sausage Sizzle Club Trophy) were handed round. The quiz took the form of clues to makes of cars and motorbikes, for which entrants needed to guess the correct answer. The chatter died down a bit while people mulled over the possible answers. The clues and answers are to be for participants’ interest. The winner will be announced at the next Presentation Night (in March, 2016). During the afternoon, Club President, John Courtney thanked everyone involved in organizing the day, and congratulated Club Member, Eric Kuss, who was celebrating his 75th birthday on that day. A rousing rendition of “Happy Birthday” was sung by all those present. It was also noted that another Club Member, Kevin Hosgood, will soon celebrate his 80th birthday. 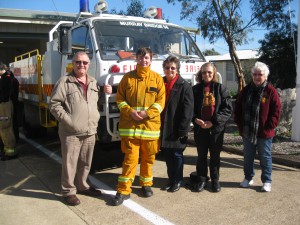 All in all it was a most successful day and, even though it was a very short Run for the vehicles, it allowed some of the older vehicles to have an airing. We were lucky to have a sunny day, even though the breeze was very chilly. The venue for the morning tea and lunch was excellent and all concerned appreciated it very much.