After much cold weather over the past weeks, it was a pleasure for the Auto Collectors Club of Murray Bridge (ACCMB) to assemble at the clubrooms in warmish weather and welcomed by daily tour organizer Mike Chapman.

23rd of August saw 22 members in 11 vehicles depart at 9-30 am, travelling along the Old Princess highway to Mt. Barker and then onto Meadows for morning tea and comfort stop.

Departing Meadows it was off to McLaren Vale via McLaren Flat, arriving at d’Arenberg Winery Cube at 11.00am.

On arrival tour leaders for the day, Mike and Arlene Chapman escorted ACCMB members into the “Cube”, with members being amazed at the quirky design, construction and the size of d’Arenberg.

d’Arenberg was founded in 1912 by the Osborn family and is currently managed by fourth generation family member, Chester Osborn, manufacturing distinctive wines, using traditional methods both in the vineyard and the winery.

“The Cube”, being a dream of Chester Osborn in 2003, was realized in 2016 when construction commenced on the 5 story multi function building set amongst Mourvedre vines with views overlooking the rolling hills of Willunga and the 19th century Osborn homestead.

December 2017 saw the d’Arenberg winery “Cube” opened to the public.

In 2018 the “Cube” received a prestigious Good Design Award, the highest honour for design innovation in Australia.

During a tour through the complex, ACCMB members enjoyed wine tasting, viewing the abstract objects, artwork, museum decore, colour and especially the views from the 5th story cellar room.

At around 12-15pm, with members all “Cubed” out, it was off to the McLaren Vale Hotel for a delicious lunch, followed by the usual thank you’s to organizers , Mike and Arlene before all ACCMB members departed at 3-00pm after another great day out.

Thank you Arlene Chapman for photos 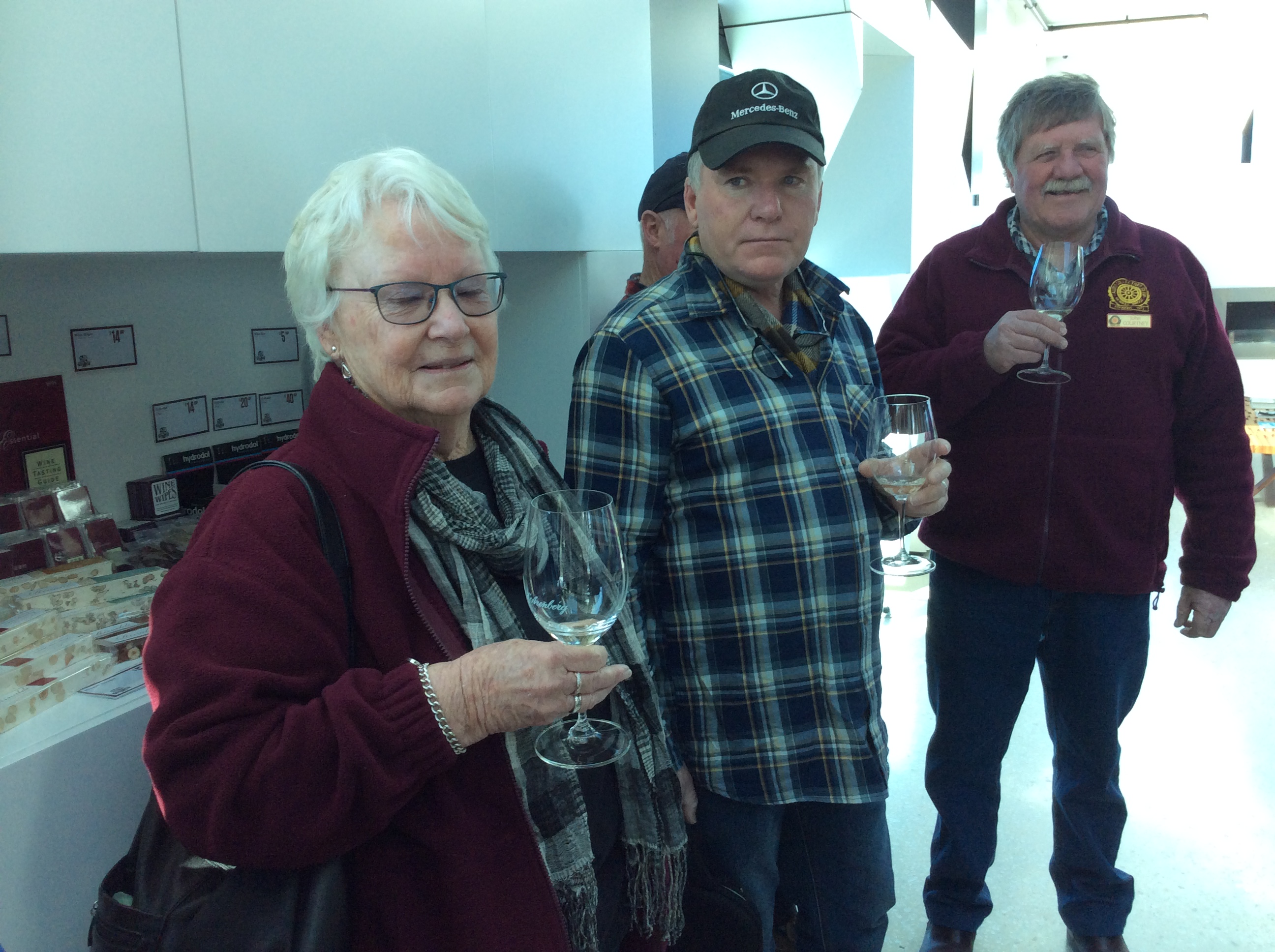 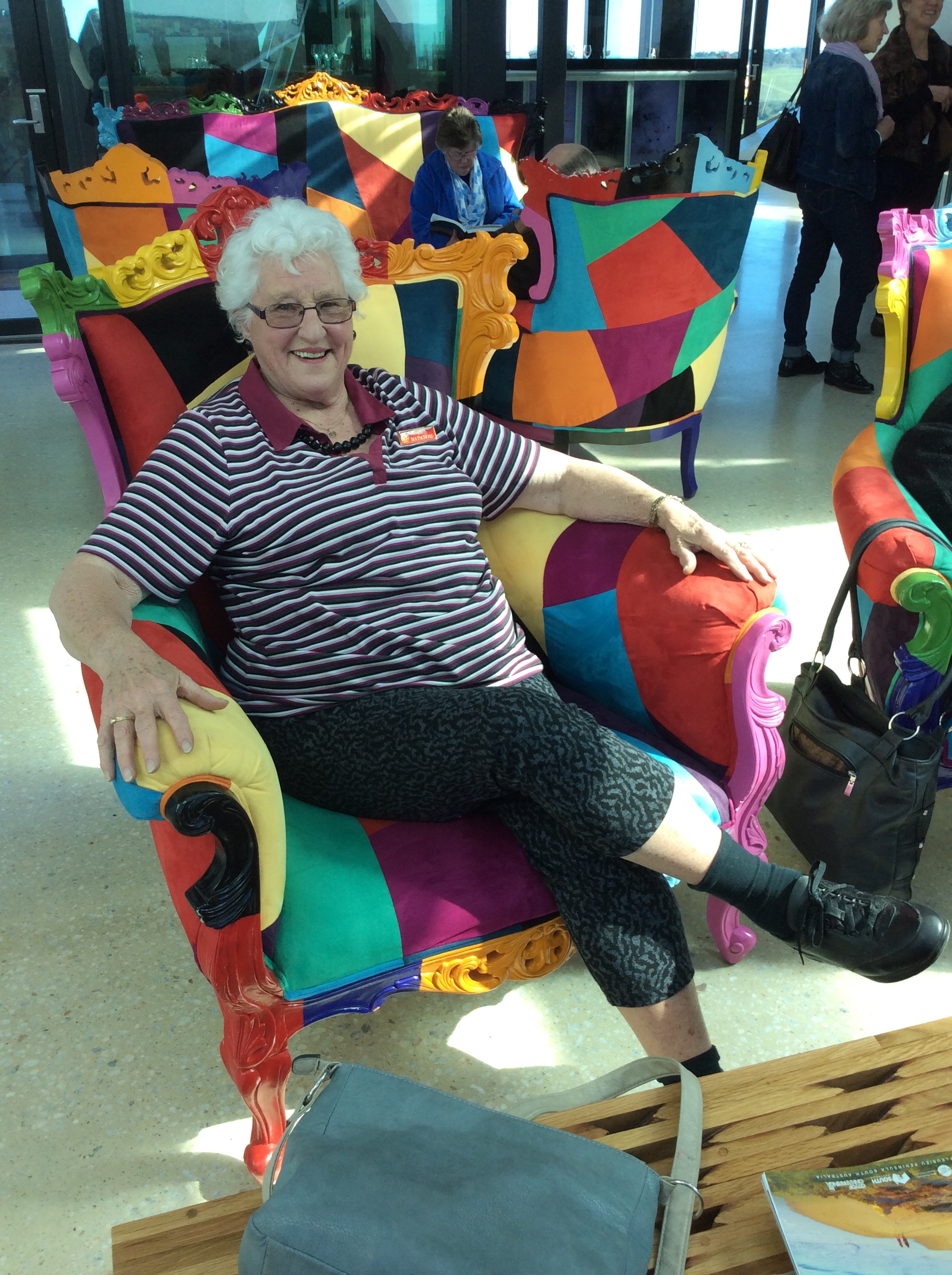 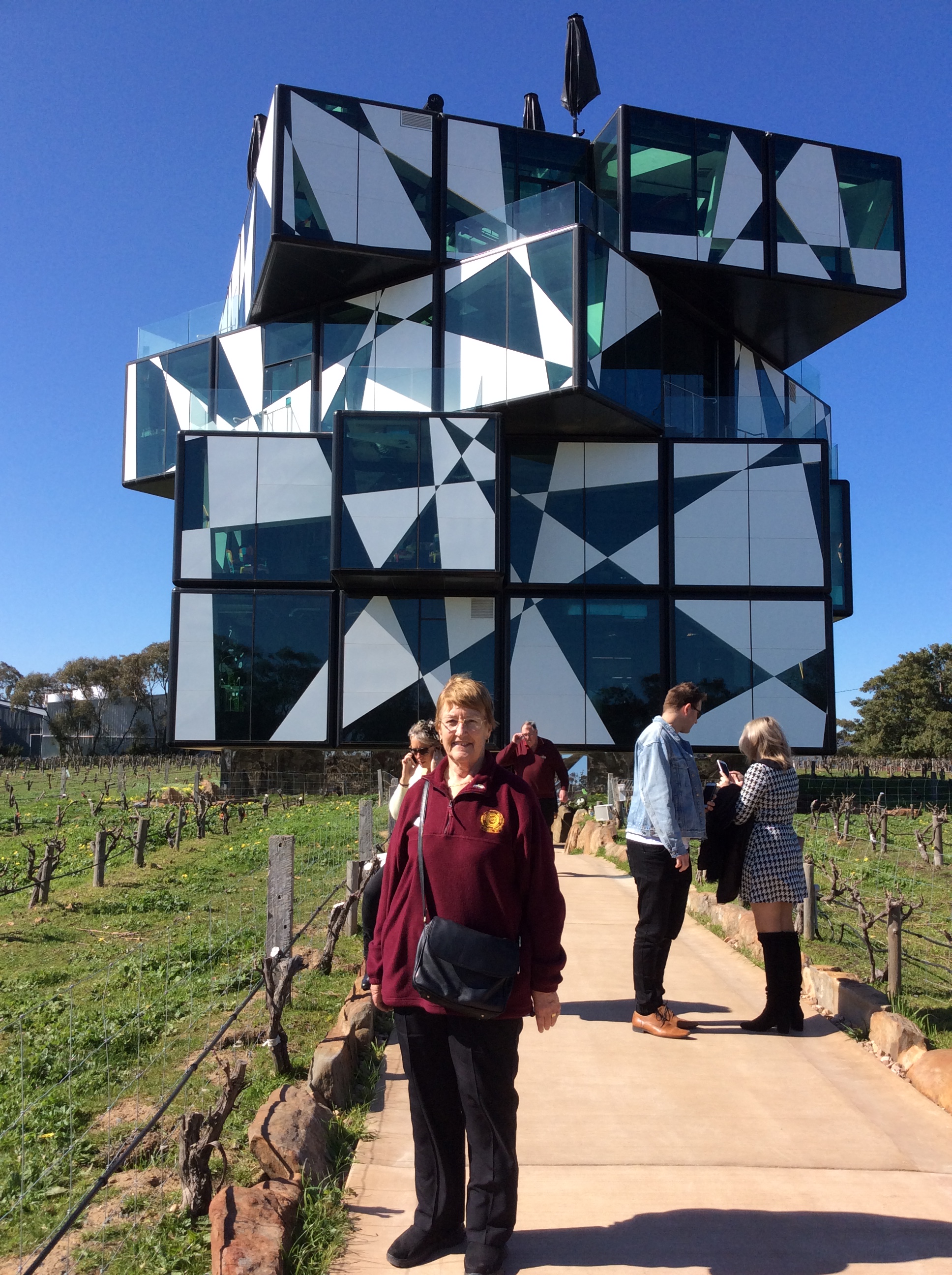 Mary Rowley enjoyed her visit to the d’Arenberg winery