What more could a car enthusiast wish for than a leisurely Sunday drive to the Fleurieu area in a classic vehicle.

Well this was the order of the day on Sunday April 30th for members and guests of the Auto Collectors Club of Murray Bridge (ACCMB).

Run organizers for the day, Maureen and Graham Edwards met their participants at the ACCMB clubrooms, handing out run sheet directions and last minute information before leaving Murray Bridge at 8-45 am sharp.

25 vehicles in convoy filed out of Johnstone Park headed for Strathalbyn via Callington and Woodchester.

On reaching Strathalbyn’s Soldiers Memorial Gardens in Colman Terrace, 55 members and guests set up their picnic tables and chairs along the edge of the picturesque Angus River. 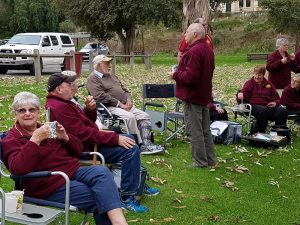 ACCMB members made themselves comfortable for a relaxing morning tea

Following morning tea, Maureen Edwards guided most ladies to the nearby Community Arts & Craft Centre to view and purchase assorted plants and handmade craft items, while the menfolk talked anything “Historical”

Then for most vehicles except for a black Dodge Kingsway sedan that developed an oil/water leak, it was back into their well maintained and shiny vehicles for a drive through the rolling hillsides of Ashbourne, Tooperang and Currency Creek before making a detour along the Mt. Compass Road, turning off, along and up Flagstaff Hill Road overlooking the magnificent panoramic views of the South Coast in the distance, through Middleton, Port Elliot and Victor Harbor before arriving at the Historic Motor Vehicles Club, (HMVC) clubrooms where HMVC members would present a delicious sit down B.B.Q. and desert lunch. 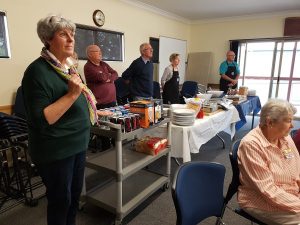 A hard working team of volunteers from the HMVC prepared and served a wonderful lunch which was enjoyed by all.

Graham Withers responded, while ACCMB Vice President John Courtney thanked Maureen and Graham for their organization of the day’s run.

Then it was off to the final venue of the day to view the relatively new Southern Fleurieu Historic Museum at Port Elliot (SFHM), a must see.

For most attending the run, this was their first visit to the SFHM and they weren’t disappointed with the unique and diverse range of exhibits covering many facets of “History in The Making” across the Southern Fleurieu Peninsula and South Australia. 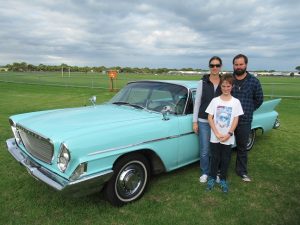 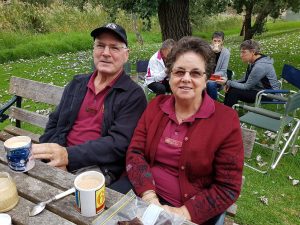 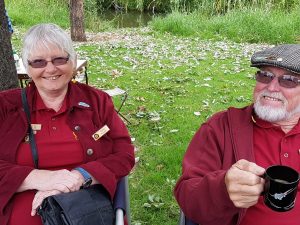 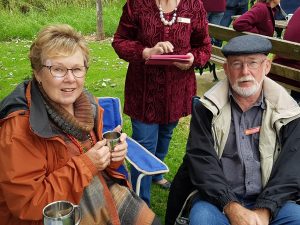