The Murray Bridge Christmas Pageant was held on Saturday November 17th at 5:30pm.
We had nine club vehicles assemble near Standen Street at approximately 4:00pm, where we attended to the finishing touches of our Christmas theme decorations.
Occupants in vehicles varied in number from 2, 3 or 4 of family and friends.
Trevor Jericho and Ian Rowley filled the front seat of a 1967 Mini-what about filling the back seats with 2 more next time, fellas?
We had 7 in the Studebaker for the parade and 10 on the way home-it was squeezy!!
The parade consisted of some 60 entries-floats, bands etc. and is a credit to Murray Bridge. It was well organised and well patronised by the general public.
Thanks to those members from our club who not only participated, but also decorated their vehicles in a Christmas theme.
Darren Piltz-1924 Chev
Claude and Liz-1929 Studebaker
Paul and Muriel Geiger-1967 VW Beetle
Peter and Sharon Binney-1955 Holden
Lyn and Tom West-1958 Holden
John and Carol Ali-HR Holden Ute
Trevor Jericho-1967 Mini
Bob and Lyn Hunter-1969 MG
Dennis and Gail Gullickson-1969 Datsun 2000 Sports 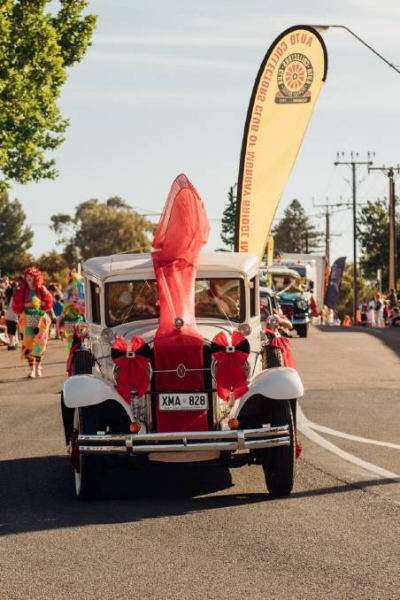 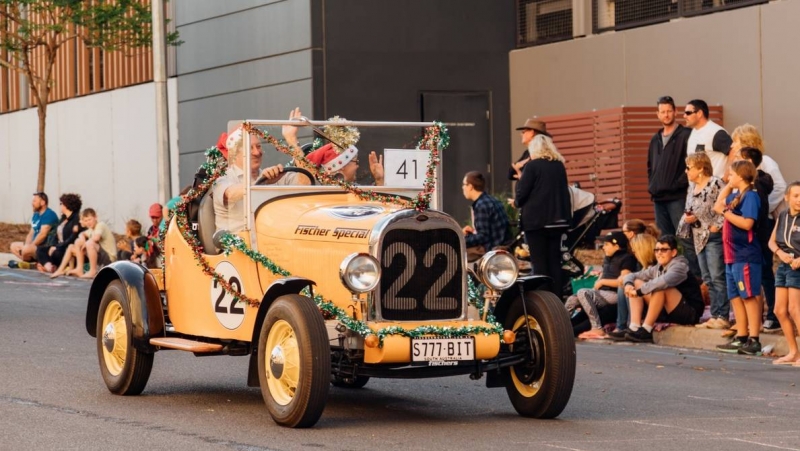 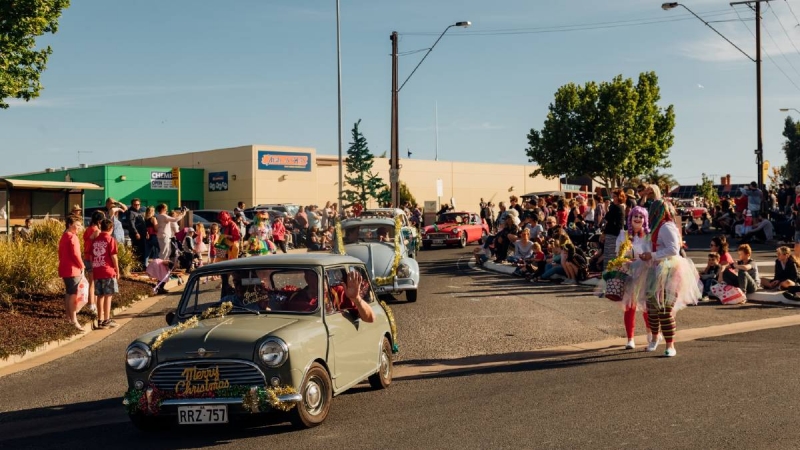 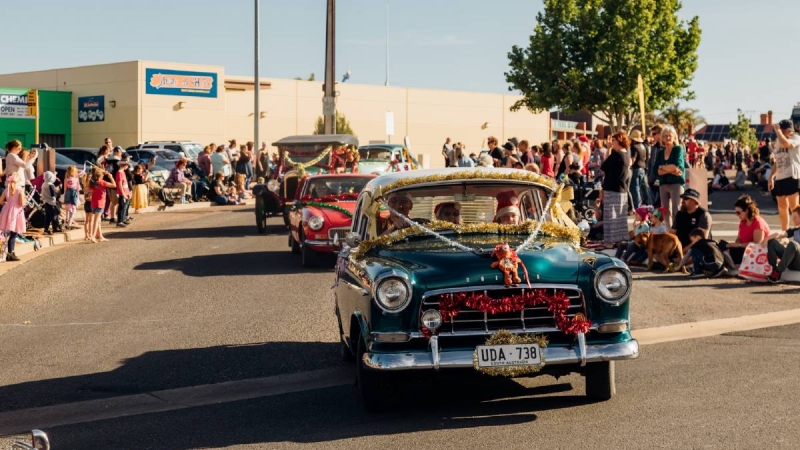 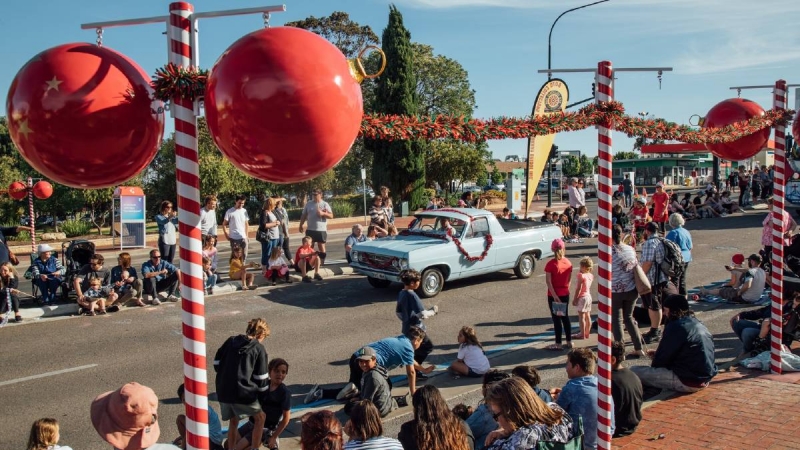 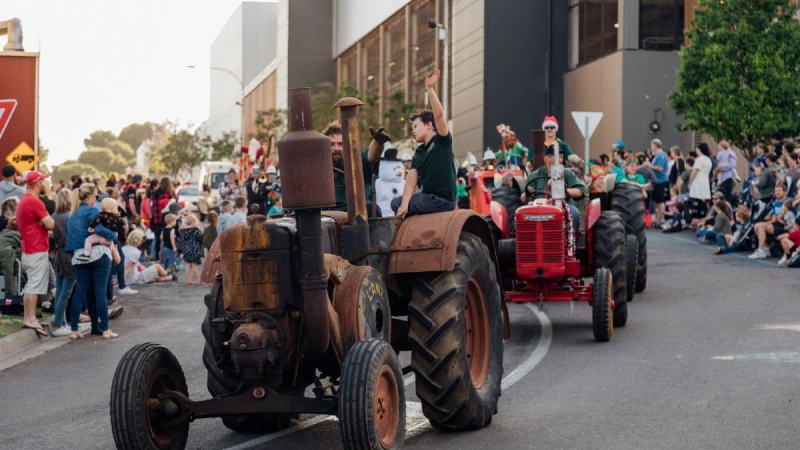 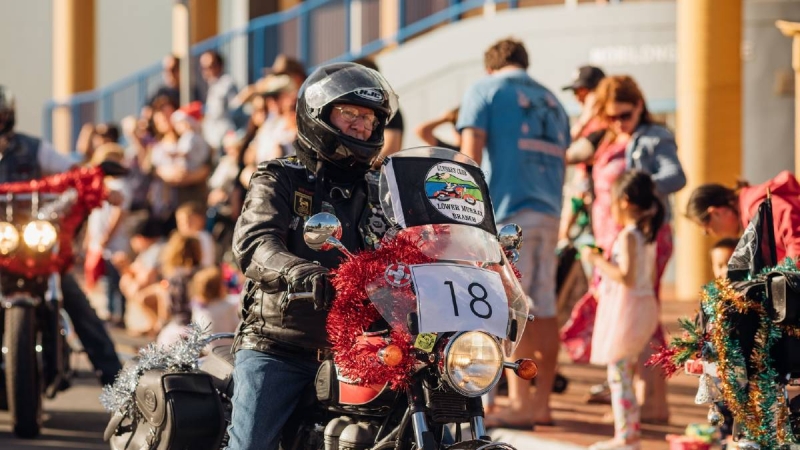