Sunday the 18th June saw 20 vehicles and approx 40 members from the Auto Collectors Club of Murray Bridge (ACCMB) form up and head to the National Military Vehicles Museum at Edinburgh Park.

The day commenced clear and sunny however dull conditions prevailed in Adelaide. After an hour journey we arrived at Hazelwood Park in Burnside, where members set up their chairs and tables and settled in for a leisurely morning tea. 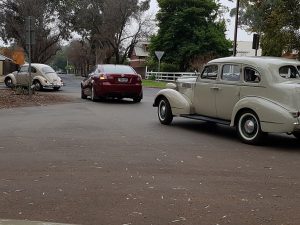 After much laughter and many yarns exchanged, we packed up and set off to continue our journey. We had an uneventful drive through Adelaide and managed to arrive with everybody intact at the Military Museum, where we were greeted by volunteer Don Blackmore. Don gave us a very interesting talk about the history of the property and how the museum was established.

After the formalities, members entered the museum to view the enormous range of military memorabilia, including trucks, land rovers and communication equipment. There were several sections displaying the many facets of war and how the soldiers survived while active in the field. The display was outstanding and a real credit to everyone involved in putting it all together. A hearty barbecue lunch was prepared and served by the museum volunteers. The variety and generous amount of food was amazing and nobody should have left feeling hungry!

After lunch John Ali thanked the kitchen staff and the many volunteers for their time and effort in making this day so enjoyable for us. Some members then went back to continue viewing the display while others ventured into the yards outside to view the vehicles which will be restored to be placed on display in the Museum.

One of the highlights of the day was for the Martin family (pictured below), members of the ACCMB. This was their first official club outing in their 1964 EH Holden station wagon that was recently restored by 3 generations of the family.

Around 15.30 members departed to make their way home at their leisure.

Many thanks to John and Carol Ali for organising this run – a wonderful day of Military History and camaraderie was had by all. 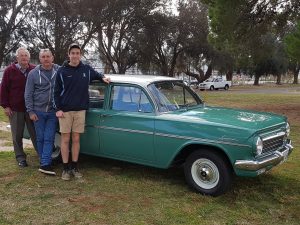 Three members of the Martin family, (from L to R) Jeff, his son Andrew and grandson Brayden, restored their 1964 EH Holden station wagon. Brayden had the pleasure of driving it on it’s maiden club run. 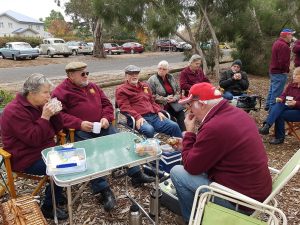 A morning tea break at Hazelwood Park before continuing on to Adelaide. 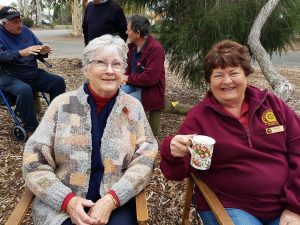 Lorraine Hall (left) and Deidre Kitto enjoying a chat and a cuppa. 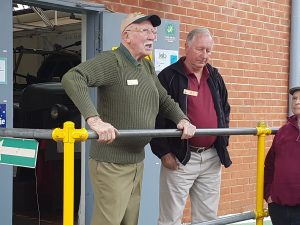 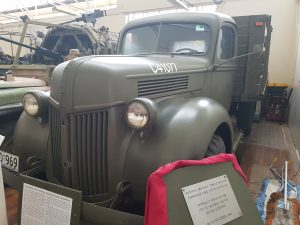 One of the many Military trucks on display. 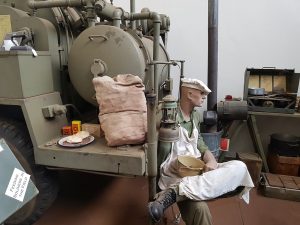 This young soldier was having a break from his cooking duties in the mess (kitchen). 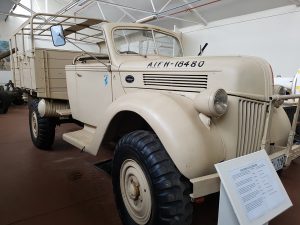 1941 Ford 3A Gun Tractor, the first vehicle built for the Australian Artillery.