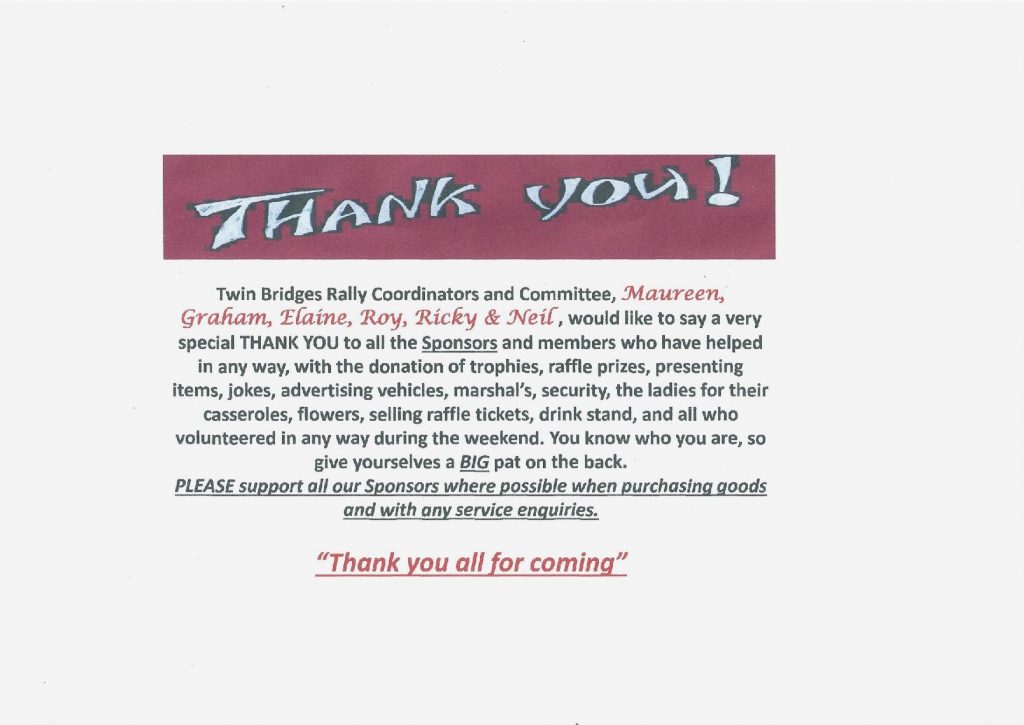 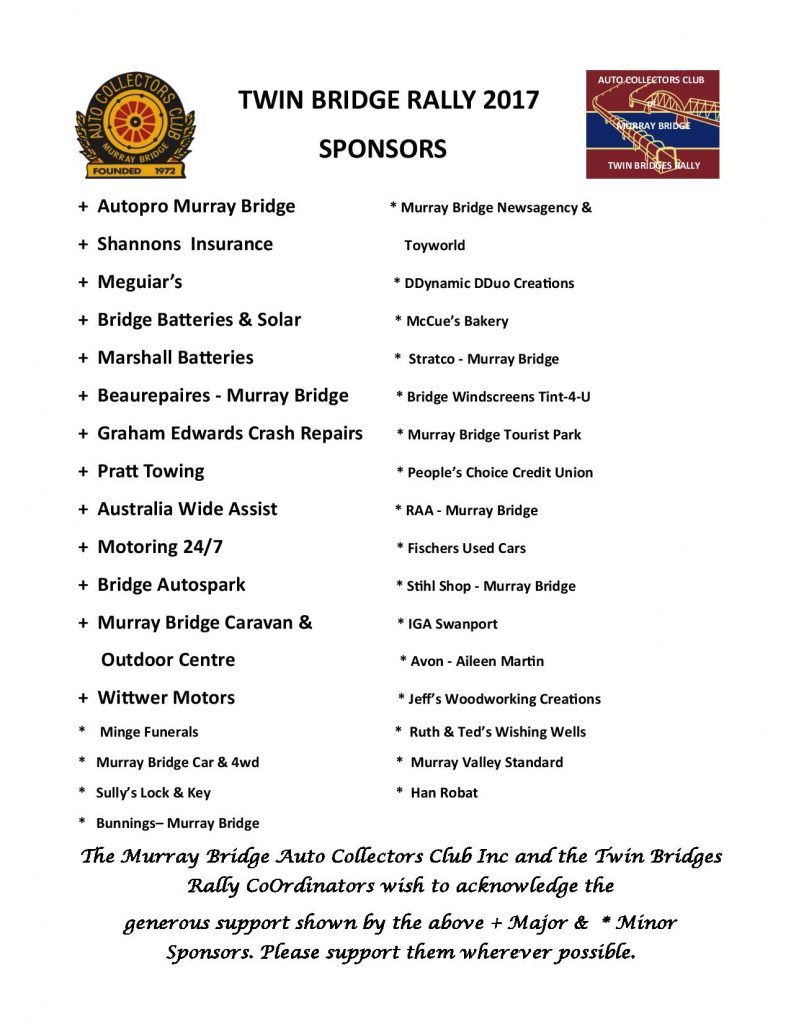 The Auto Collectors Club of Murray Bridge (AACMB) 7th Biennial Twin Bridges Rally (TBR) commenced on Friday 20th Oct as visitors from Queensland, Victoria, many parts of South Australia and local members were guided into the Johnstone Park Complex with newly restored and exhibited 1927 Chevrolet Capital truck owned by ACCMB members Trevor and Deirdre Kitto on display at the heritage gateway to the oval complex.

TBR participants then converged into the ACCMB clubrooms to register for the event, and collecting their TBR rally bags, sponsored by Murray Bridge Autopro, overflowing with contents from various sponsors, before partaking of afternoon tea.

6pm saw the commencement of the weekend’s activities, with weekend joint Coordinator and M C for the weekend, ACCMB member Graham Edwards welcoming all to the dinner.

This was followed by ACCMB President Claude Minge officially opening the weekend’s procedures.

With dinner completed, this was followed by a “Heads and Tail” competition run by Maureen & Graham Edwards, a heritage “ Abbott & Costello” movie, raffle draws, along with some humorous jokes by the MC and Jill Matschoss.

Saturday the 21st saw an early start, with the assembling of 53 veteran, vintage, classic and modern cars in their classifications at the Wharf car park for public viewing, ladies choice voting and local dignitary, Rural City of Murray Bridge ( RCMB ) Mayor, Mr. Brenton Lewis judging his choice of the best vehicle. 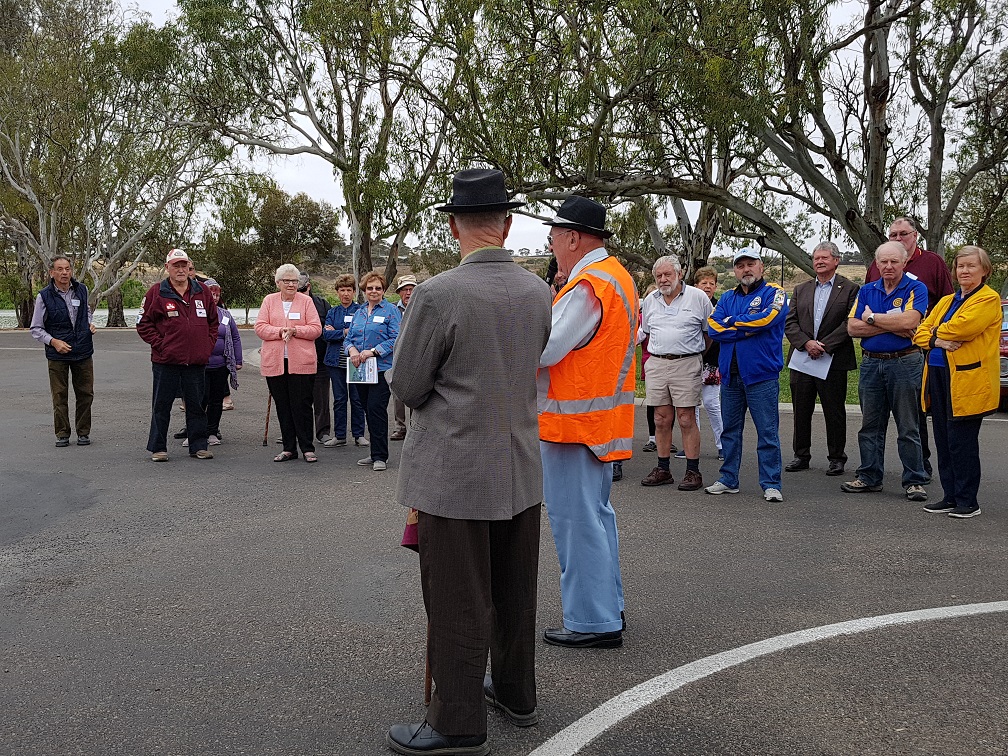 It was during the assembly, that (RCMB) Mayor, Mr. Lewis officially welcomed all 100 TBR participants to the City of Murray Bridge, trusting that their stay would be a memorable and enjoyable one.

With all duties performed, Mayor Brenton flagged the first group of vehicles, up to 1950 away and on route to their next stop of the day for morning tea at the Tailem Bend Football Club (TBFC) where a scrumptious morning tea was provide by the hardworking TBFC lady volunteers.

Before the group moved off on their next leg of the run to Meningie, Maureen Edwards thanked the TBFC for their hospitality.

Arriving at Meningie, vehicles were parked in the Museum-Restaurant reserve overlooking magnificent Lake Albert in the vehicles respective categories, ready for judging by the Coorong Mechanical Restoration Club (CMRC) members, while TBR participants enjoyed their main 2 course meal of the day, catered for by the Meningie Cheese Factory Museum.

Prior to entering the Restaurant, those people who wished to be judged, “Best Dressed” of the era of their vehicle remained, enjoying the dress of many other couples entered.

Following a thank you to restaurant owner Sandeep and staff, along with the staff at the Museum by Elaine Bretag, husband Roy then presented TBR bags to CMRC members for their help and assistance leading up to the event and on the day. 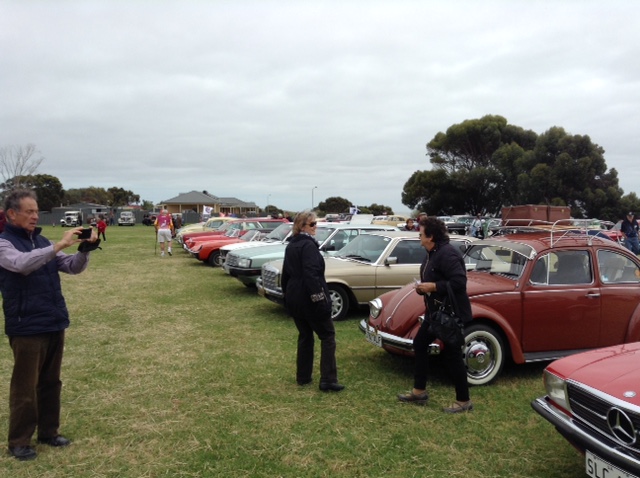 With all members having finished their meal it was off next door to the Meningie Museum for a trip down memory lane of the bygone era of Meningie and Districts heritage.

Some members on their return, decided to travel the scenic route around the lake to Narrung, over the ferry, past historic Poltalloch Station established in 1839, before returning to Murray Bridge.

Dinner at night, with the theme, “Pizza, Pav and BYO drinks”, was again held in the ACCMB clubrooms, suitably magnificently decorated by the organizing committee and volunteers, complete with sponsor advertising, including a specially produce DVD running throughout the weekend, also thanking the TBR many sponsors for their valued support, including all ACCMB volunteers and raffle prize donors.

Items during the evening included, “The Car Song” Written and sung by ACCMB Life Member Lyn West who was accompanied on piano by Jill Matschoss, “Heads & Tails” competition by Elaine and Roy Bretag, Raffles by Ricky & Neil Kaak with Jim Stocker as the runner.

Sunday 22nd commenced with morning tea at the ACCMB clubrooms followed by a visit of your choice to two heritages venues.

The choice being a Round House visit overlooking the mighty Murray and the Twin Bridges, while the other was to a Railway Heritage Walk around the old railway restored buildings, including the old railway cutting and railway station precinct by tour guide and local historian, Ken Wells. 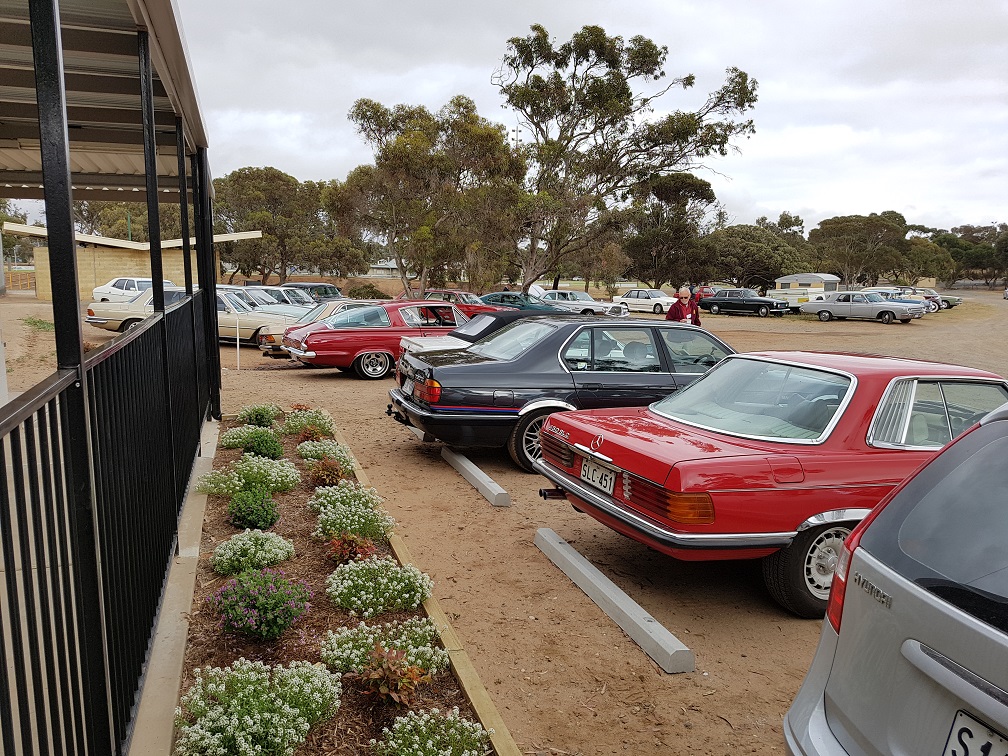 Then it was back to the clubrooms for midday lunch, followed by trophy presentations for the weekend, presented by Shannons Insurance representative Jeff Hughes and TBR joint coordinator Roy Bretag.

On completion of presentations. ACCMB President Claude Minge congratulated all winners throughout the weekend before presenting TBR Coordinators, Graham & Maureen Edwards, Roy & Elaine Bretag, Neil & Ricky Kaak with a gift of appreciation for their hard work and excellent presentation of yet another very successful TBR. 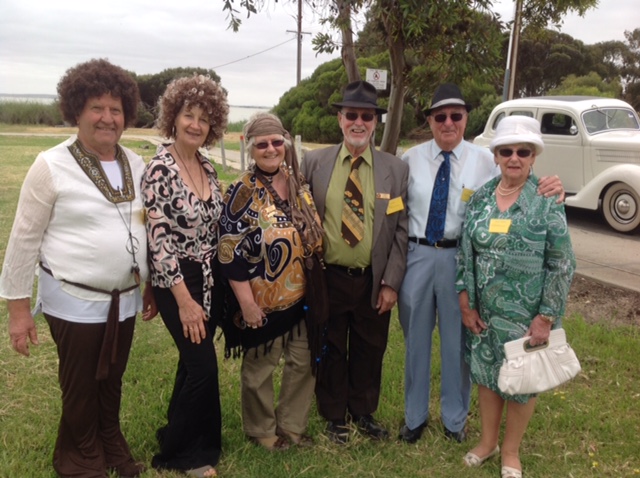 ‘Hippie’ rally committee – dressed in the era of their cars:  from L – R: Roy and Elaine Bretag, Ricky and Neil Kaak and Graham and Maureen Edwards 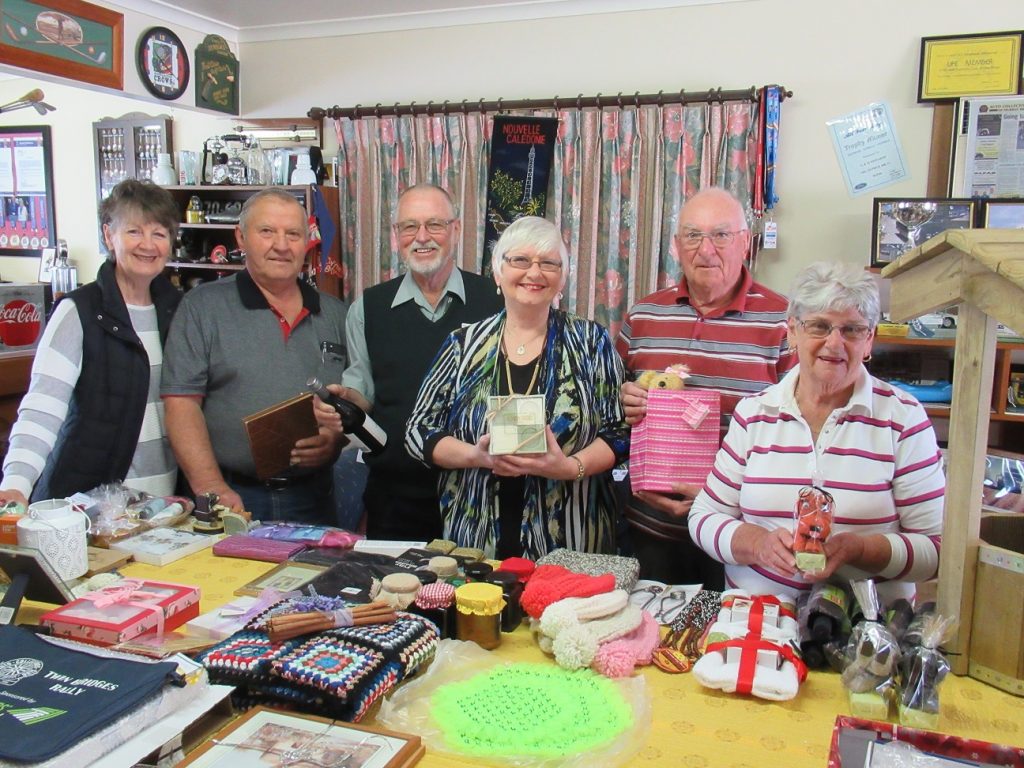 L to R: Elaine and Roy Bretag, Neil and Ricky Kaak and Graham and Maureen Edwards putting together raffle prizes for TBR