The 7 th year of this event has proved to be quite successful with a large number of never entered before commercials, cars and motorcycles. The weather was picture perfect with a top of 29 degrees Celsius, compared with previous years and a crowd of near 2,000 people made it the place to be on such a memorable day.

The day officially commenced with the 100 year anniversary of the Armistice and was professionally conducted by Chaplain (Flight Lieutenant) Haydn Lea from RAAF Edinburgh.

The commemoration service was both historic and emotional, touching many of the participants hearts attending on the day, including Maureen and Graham Edwards representing the Auto Collectors Club of Murray Bridge, during the playing of “The Last
Post” and the 1 minutes silence. The service included the names of members of the Armed Services, along with Car club members who had passed away in the past 12 months. The largest number of deceased members came from the Auto Collectors Club of Murray Bridge, with respects being paid to Peter Jennings, Eddy Pattison, Rodney Crush, Les Cowie, Tracee Kiely, Mal Schenscher and Rhonda Scarman, with The Wanderers Rock and Roll Car Club paying tribute to their deceased member, Amando Polidori.

Following the official Ceremony, “The Lincolns” Rockabilly Band, provided some excellent dance music which had the dance floor filled to capacity. Angela Tedesco from Be Bop Boutique provided a classy retro fashion parade.

The Lions free mobile Skin Cancer screening vehicle was in attendance and screened 26 males and 18 females. There were 12 suspect lesions of which 9 were potentially life threatening. Those 9 were referred to their GP for further investigation. Well worth the
effort in providing such a service on the day.

The Lions clubs of Golden Grove and Torrens Valley catered for the food and drink along with a Coffee and Ice Cream van onsite.

Many thanks and appreciation must go to Marque Restorations who supplied the judges on the day, also supplying a fully restored Ferrari, showing the general public their excellent craftmanship.

Finally, a big thank you to the entrants. Without entrants you don’t have a show. This year saw a lot of new cars and bikes. To justify the quality and variety of the different makes and models, the organizers have decided to increase the trophy categories to cater for the excellent vehicles on display in 2019. 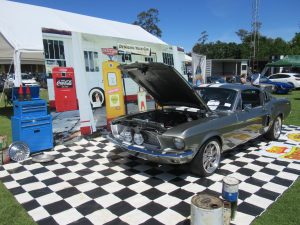 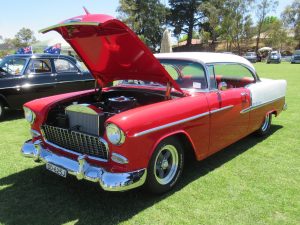