The first day of spring. But when we arrived at the clubrooms on Friday September 1st to start the run, it certainly did not feel like it. It was fine enough, but the wind was bitterly cold. However, on the run to Mount Pleasant, the sun came out and it all became quite enjoyable, well, at least in the cars. On arrival at Mount Pleasant, the wind had dropped off, so smoko under the showgrounds covered area was still very comfortable. Then we had a couple of showers of rain. Someone mentioned that it always rains at Mount Pleasant. It certainly seems to.

Soon enough it was time to depart. The route I had chosen was a very pretty little drive to Menglers Hill, along some roads that I felt most would not have seen before. However, most took off before me and I was very worried that they would miss the planned turnoff, as it was difficult to see. My concern was justified, as I soon saw all the vehicles in front of me disappearing up the road, in the wrong direction, with nothing that I could do to bring them back. There were still three cars behind me, so we turned off down the correct route and completed the very scenic drive to Menglers hill, all the time wondering where the others were.

The view from Menglers Hill was spectacular in what was now rapidly improving weather. Eventually everyone else, in dribs and drabs, caught up with us there. It was soon time to leave for Bethany, however, so I explained the route, and off we went.

On arrival at the Bethany reserve, we were directed to our allotted area by the Gawler Club, but we then realised that half of our mob were missing again! Vicki went off to wait for them at the entrance, while I waited part of the way into the reserve to add further directions. After a while they all arrived safely, but from the wrong direction! Yes, they had turned off the Light Pass Road instead of continuing along it. I contemplated that I had not had such success in leading a run since I had lost ALL those in the group I was supposed to be leading in a Twin Bridges Rally a few years ago. Not my finest hour!!!

So it was now time to sit down to enjoy lunch and the company in what was now excellent weather. In fact it was now so warm and calm that many sought out the shade of some of the trees, as it was nearly too warm. And all around, we were treated to a wonderful display of vehicles. Someone described it as a “mini Bay to Birdwood”, which was not far wrong, just like wandering around the cars at Birdwood after the run.

The Strathalbyn club were there, as were the Mallee Club, the Barossa Club and of course the Gawler club, who have been successfully organising this event for years. Probably other clubs as well, and certainly lots of individuals. It all added up to a very varied and interesting collection of vehicles, not to mention the number of friends and acquaintances from other clubs to chat to while viewing them all. In all, 18 of our club vehicles attended, but all too soon it was time to return home and the crowd had thinned considerably by the time we left.

I must also mention that there was also a competition held for our members for the “Paul Kruger Economy Run Trophy”. The aim was to estimate the fuel consumption of the Courtney’s Fairmont for the day. However, in the event that more than one person arrived at the same correct fuel consumption figure, I had provided a jar of buttons, so that everyone could guess the number it contained, to act as a “Tie Breaker”. I need not have bothered, as there were no duplicate estimates, so the tie breaker was not required. For interest though, the jar held 196 buttons. Also for interest, the Fairmont returned 20.2 Mpg. So who won? You will just have to come to the presentation night to find out. 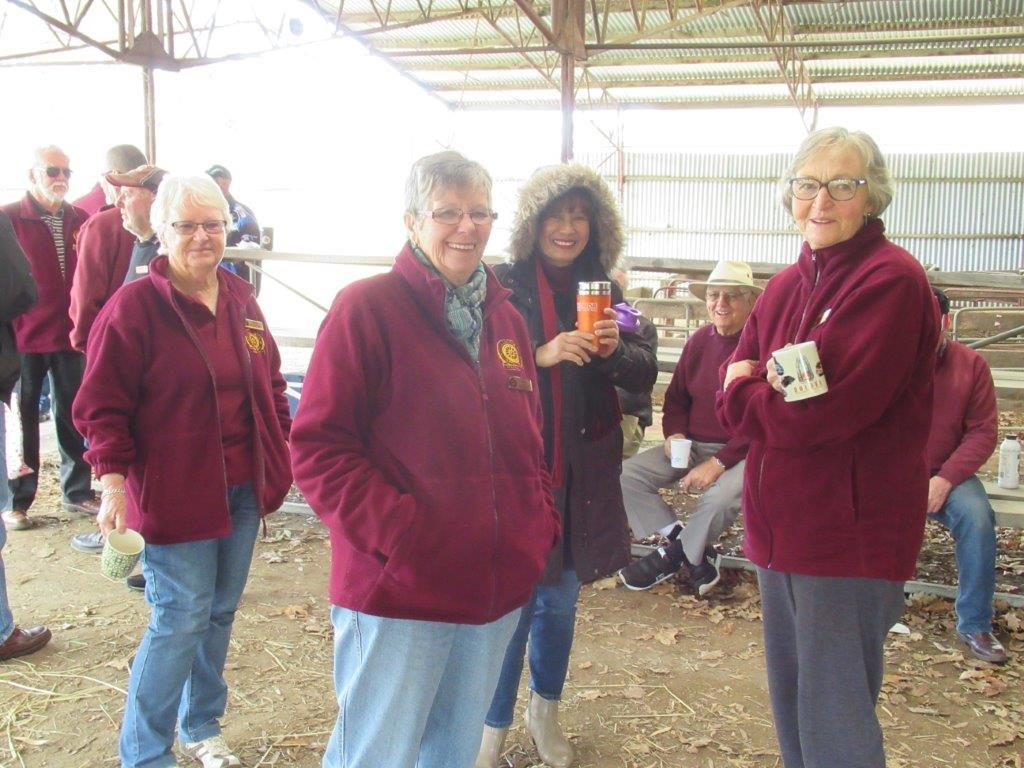 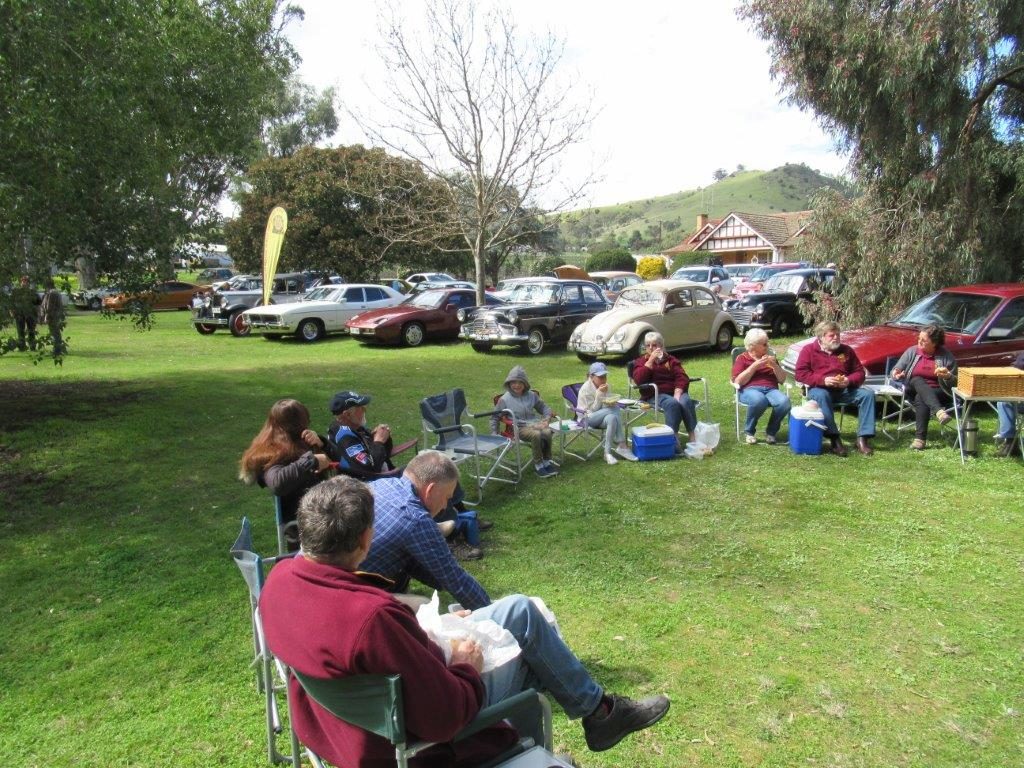 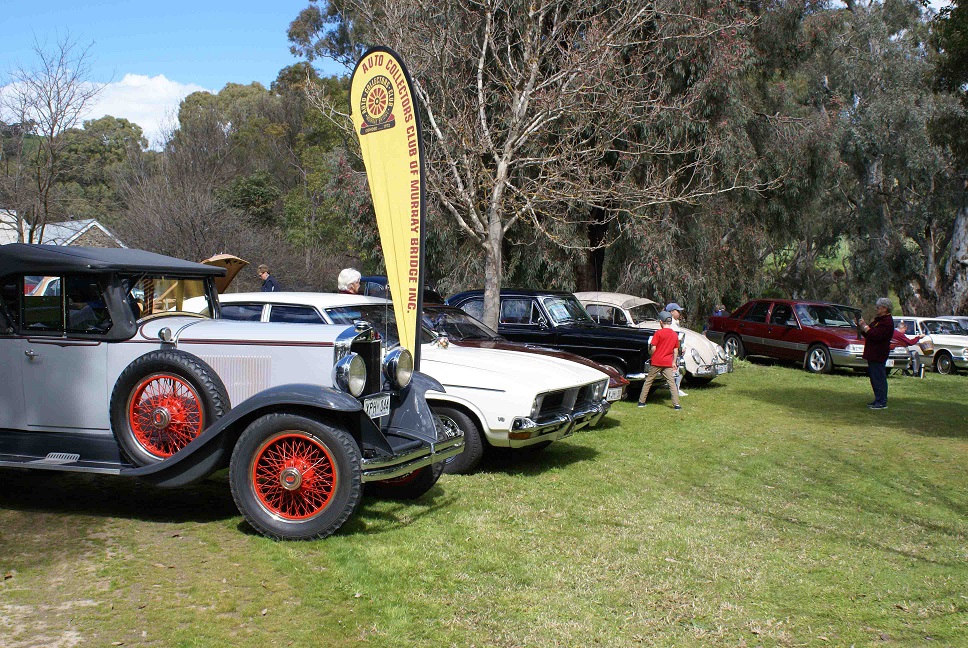 Some of the ACCMB members cars on display at Bethany