Prior to moving away from the clubrooms , organizer Graham asked all 45 members present to observe and remember Long Tam day, with 1 minutes silence being observed. 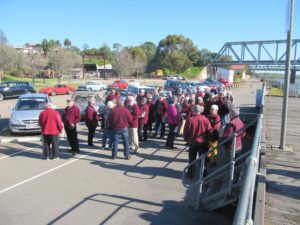 Following the silence members moved off in a variety of Historic and modern cars along Adelaide Rd, Bridge St, down the Bridgeport hill before parking at the wharf adjacent to Captain Proud Paddle Boat Cruises mooring, with ACCMB members Leon and Jill Matschoss performing security duty of the vehicles whilst members were cruising.

It was from here that all members boarded the Captain Proud for a one and a half hour morning tea cruise.

With members all seated in the lounge area, Captain Daniel “Happy” Gilmore and staff welcomed all aboard.

With all safety formalities complete, it was cast off time with the paddle boat heading under the Twin Bridges upstream.

It wasn’t long before staff members Amanda, Reanna and chef, Michael were busy preparing and serving coffee followed by scrumptious hot scones with jam and cream of which was thoroughly enjoyed by all aboard as Captain “Happy” gave a running commentary of all interesting points along the river cruise.

On reaching Avoca Dell it was time to turn around and head back downstream to Sturt Reserve, turning around before heading back to the wharf. 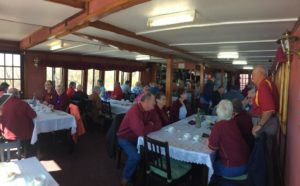 It was unfortunate that during the cruise a strong northwesterly wind came up , preventing the group from lunching on the lawns of Thiele Reserve adjacent to the river , instead plan B was put into place with a BYO lunch being held back at the clubrooms.

Then it was off to view ACCMB members, Stephen and Jean Mobbs’s “Boating project” in the making.

For the past 6 years, Stephen has been meticulously constructing a to scale 27 foot “Riva Aquqrama” mahogany runabout as seen cruising the Mediterranean in the 1960’s.

The craftsmanship as viewed by the members was nothing short of perfect, representing many thousands of hours Stephen has dedicated to his beloved project.

The craft will be powered by 2 x 350 horse power fuel injected PCM engines.

With the day’s activities complete, Graham Edwards gave the customary vote of thanks to Stephen and Jean, with all members applauding enthusiastically before saying their farewells and returning to their respective homes. 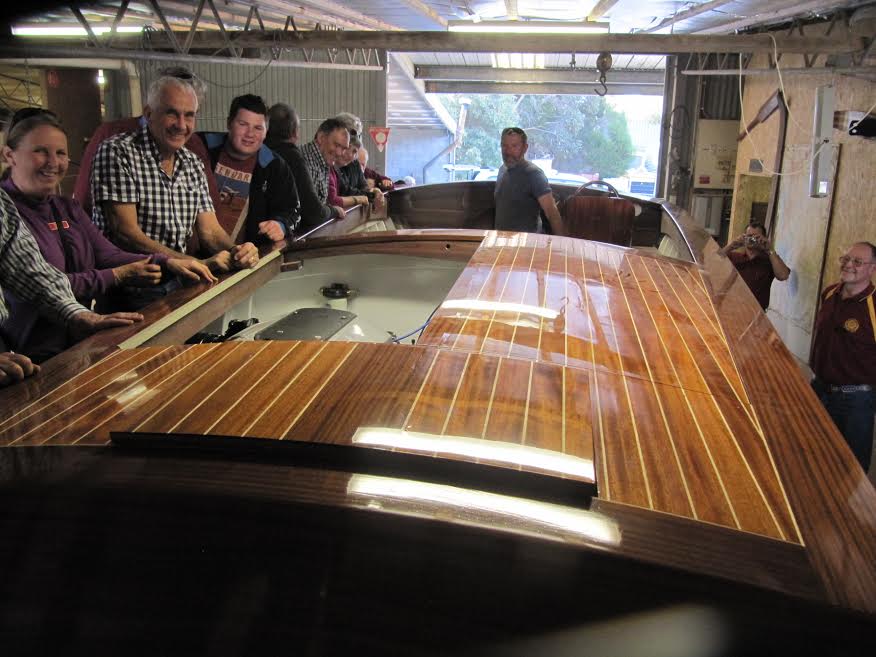 Host and boat builder Stephen Mobbs (in the cockpit) explaining the details of his “pride and joy”.