During the early 2014 monthly meetings of the new Twin Bridges Rally (TBR) Committee, the idea of a new TBR badge was “floated” and to incorporate the Twin Bridges across the Murray at Murray Bridge. This was to be in keeping with the TBR name.

Designs were submitted from the committee with various sketches and colors coming forward for discussion.

It was Elaine Bretag’s design that was eventually chosen with the colors of Maroon & Gold (club colors) with the adding of the centre blue slash, depicting the river Murray.

Thank you Elaine for your imagination and by the many comments received during the TBR it was a badge well received.

These badges are for sale from Roy for $10 each at any Club meeting. 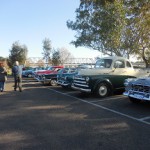 Some of the cars on display for viewing and judging

Vehicles of all models shapes and sizes rolled into the City of Murray Bridge for the Auto Collectors Club of Murray Bridge (ACCMB) 6th Biennial Twin Bridges Rally (TBR) held from the 4th – 6th September. Over 100 participants in 57 vehicles travelled from Queensland, Victoria and all parts of South Australia, even Kangaroo Island.

On Friday as participants registered at the ACCMB Clubrooms afternoon tea was served while cars were lined up for public viewing. The evening commenced with ACCMB President Mr. John Courtney welcoming all to the City of Murray Bridge , to the Rally and hoped that everyone would have a memorable experience during the weekend before handing over to the MC for the evening and joint Rally Coordinator Mr. Graham Edwards.

Registration Coordinator Mr. Roy Bretag along with Rally treasurer Mr. Jeff Martin then proceeded to outline the program for the weekend also thanking and naming the many Sponsors of the Rally.

Mrs. Elaine Bretag then introduced local personality Mr. Trevor Kuchel who entertained the group with various comedy in poetry items of which were enjoyed by all present.

Saturday morning saw an early start to the day with all pre-registered Rally goers displaying their beautifully presented vehicles for judging and public viewing at the Wharf car park . One of the judges was Mr. Adrian Pederick MP who judged his own choice of the “Best Vehicle on Show”.

Following judging the first cars to leave were flagged away by past TBR coordinators Mr. & Mrs. Les Cowie with all vehicles destined for Karoonda via Tailem Bend and Wynarka where the ladies of the Karoonda Netball Club under the guidance of Mrs. Margie Arbon served a memorable and scrumptious morning tea . 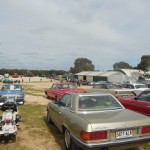 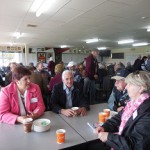 At the conclusion of morning tea it was then a 20 minute drive to the family farm of Mr. & Mrs. Jeff Morgan and Son Martin for lunch and to view their museum, look at the restoration of their ex World War 11 Cargo plane “Irene” .

During lunch a DVD was shown depicting cargo plane, Irene’s life history from 1942 – 2015. Following lunch, Rally goers were treated to a breathtaking display of aerobatics, flying radio controlled large scale fixed wing, biplane, jet aircraft, gliders and even a helicopter by Mr. Martin Morgan and friends. A recently constructed airstrip set the stage for brilliant and precision flying whilst travelling at speeds of up to 230 kph only centimeters from the ground.

TBR Treasurer & committee man Mr. Jeff Martin gave a vote of thanks to the Morgan family for a great day and display before rally goers departed for Murray Bridge.

Dinner Saturday night was held at the Murray Bridge RSL with the theme being “Those Magnificent Men and their Flying Machines” to which many dressed for the occasion.

During the evening the best dressed Male & Female depicting the theme were judged by staff of the RSL with the winners being – Best Dressed Male , Mr. Trevor Beythein from the Chrysler Restorers Club of SA while the Best Dressed Female went to Mrs. Maureen Edwards from the ACCMB.

Sunday morning commenced with morning tea and a welcome to Shannon’s Insurance S.A. Manager Mr. Ron Prouse and Mr. Paul Spooner, before rally participants went off in 3 groups to view the premises of Serenity Nursery, The Men’s Shed and Graham Edwards Crash Repairs & Pratt Towing for informative talks and displays given by proprietors of each establishment pertaining to their individual businesses.

Midday lunch was served at the ACCMB clubhouse by the wonderful group of ACCMB ladies and this was followed by the presentation of Trophies to the weekend winners by Mr. Roy Bretag, wife Elaine and Shannon’s representative Mr. Paul Spooner. TROPHY Donors & Winners listed below….

Other awards for the weekend included, Orientation Run Quiz on Saturday – Winner. John & Vicki Courtney and the Hardluck story of the weekend winners were Dennis & Rhonda Scarman.

The 2015 TBR concluded with Coordinator & MC Mr. Graham Edwards thanking all of the TBR Committee for their huge effort over the past 15 months of planning, all of the many great sponsors, the many volunteers of the ACCMB for their help and of course those visitors and locals who came and supported the event making it such a huge success. He bid everyone farewell with a safe journey home, with the hope of seeing you all in 2017. 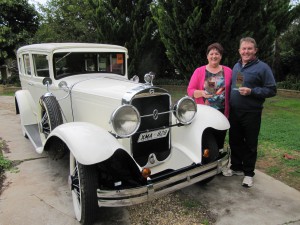 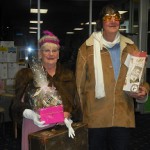 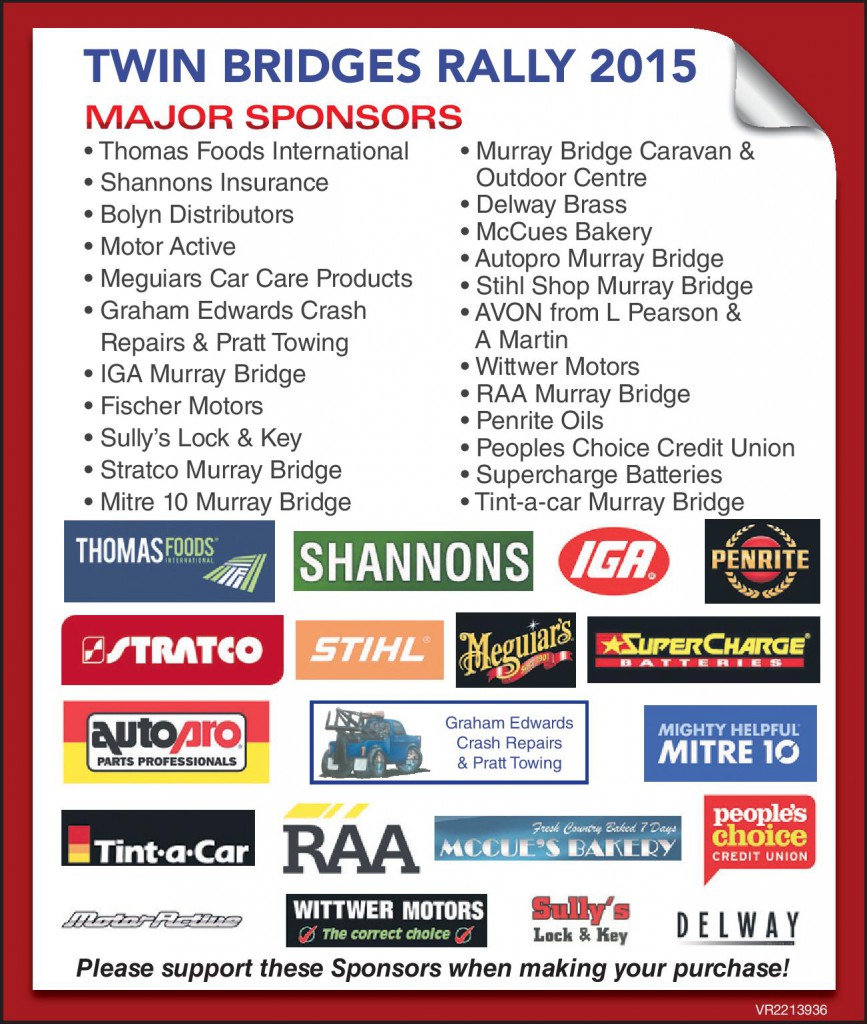