Members of the Auto Collectors Club of Murray Bridge met at the home of Terry and June Mabbitt on Sunday, 21st May, 2017, for a Club Run which supported SA Cancer Council’s Biggest Morning Tea. There were 39 people attending in 21 vehicles (including 4 modern vehicles).

Scones with jam and cream were enjoyed, along with friendly conversation, by all those attending and $260 was raised for the SA Cancer Council. The organisers of the day thank everyone for their kind and generous donations to a worthy cause.

Co-organiser Lyn West welcomed everyone, including new members Trevor and Gloria Mundy, who were experiencing their first outing with the Club. They had brought guests from New Zealand with them, Dave and Jerry Rodgers, who enjoyed the hospitality and friendship shown. Also, popular Club members, John and Muriel Trapnell had celebrated their 65th wedding anniversary during the preceding week, so a special congratulatory cheer went up when this was announced.

When everyone had had their fill of morning tea, the group set off for the Murray Bridge RSL, where we were met by its President, Merv Schopp.  A warm welcome was extended by Merv, who took us through to the impressive Museum room at the RSL clubrooms. The museum is well laid out and has a vast amount of memorabilia beautifully displayed. Club members spent some time viewing the array of exhibits in a quiet, reverent manner, which appears to be instinctive in a place of such respect.

Merv was thanked for hosting our visit to the Museum and a small donation to the RSL was handed to him with thanks from the ACCMB.

The Run ended with all those who chose to do so meeting at the Swanport Reserve for a picnic lunch and further convivial chatting. The chatting was rather drowned out at times by a large flock of noisy corellas, wheeling and swooping through the large gum trees, but they did not intrude for too long and a peaceful scene was once again restored. Members made their own ways home at will during the afternoon.

Many thanks to all involved in organising this event and to those who attended an enjoyable day’s outing.

Report and photo by Lyn West 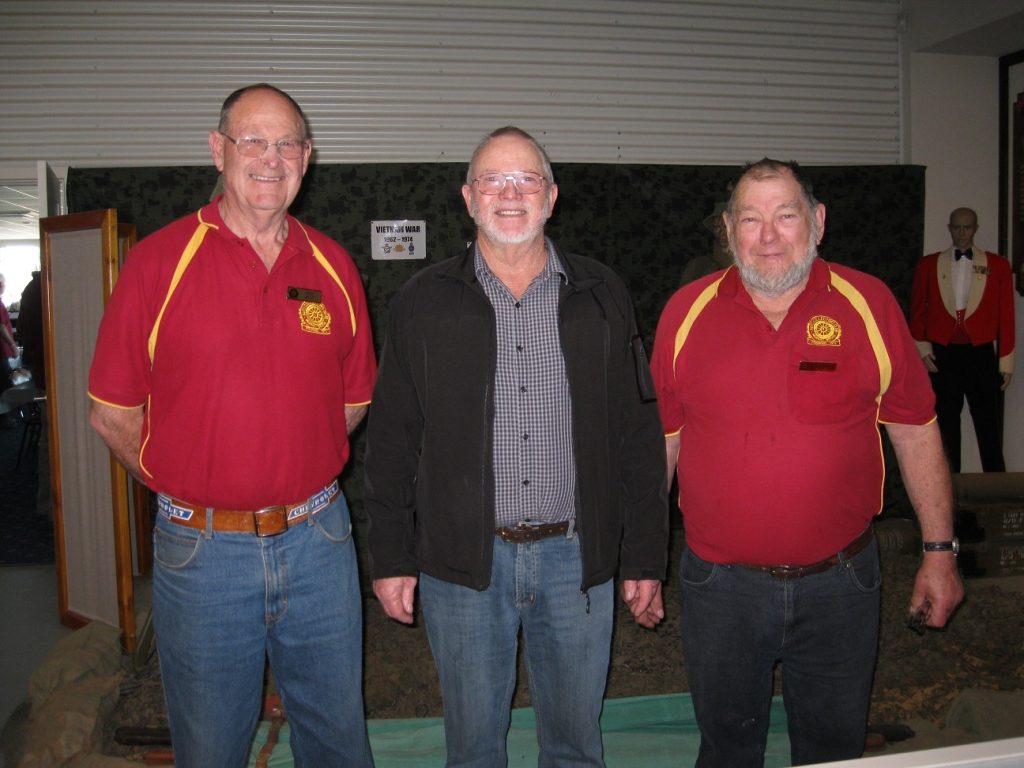