This run commenced on Sunday 9th July at the Murray Bridge Railway Station because of the intensive sporting activities at Johnstone Park. It was actually quite pleasant in the bitumised carpark, standing around in the sunshine waiting for the group to assemble and as I think Kim commented, the lack of 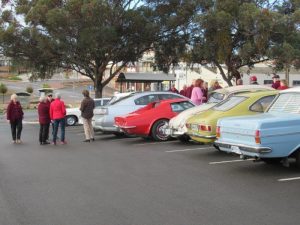 dust was a pleasing change. Not that we would have found much of that at Johnstone Park anyway, having had sufficient rain over recent days to settle it. With most of the usual suspects ready and rearing to go, plus potential new members Suzannah and Peta, we departed for Mount Pleasant.

The sun had deserted us by the time we had arrived at the Mount Pleasant Showgrounds, where we met up with a few other members from the ‘Hills’.  In fact there was just a little light misty rain, but not much of that. Poor Howard, he must have worn out his rainmaking abilities whilst in Queensland, if that is the best he could do. Although some quite heavy rain had preceded us, very little rain actually fell on us for the whole trip. It was, however, decidedly cold. Some hot coffee helped, but we eventually decided to cut short our program and head for the Lyndoch Hotel, in the hope that they had a roaring fire or something. While that they did not have, the air conditioning was obviously functioning quite well, so we were soon comfortably settled into their very pleasant functions room for ‘pre-lunch’ drinks.

The staff were a very helpful and efficient group and soon had us tucking into what was a very substantial two course meal. I heard of no complaints of either the quality or the quantity of the food, indeed it appeared that most were quite happy to let their meals settle for a while before departing, with a number commenting the dinner that night was not looking very necessary. But after a good old chin-wag, we did all finally decide to make our way home following a vote of thanks proposed by Tom West.

Thanks to all those who attended in making another successful mid-winter Pub Run. Vicki and I do hope you all enjoyed yourselves as much as we did. 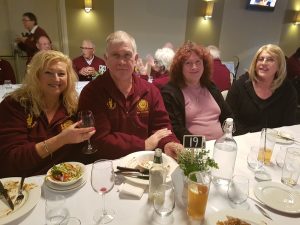 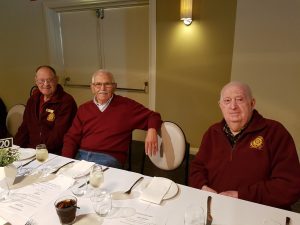 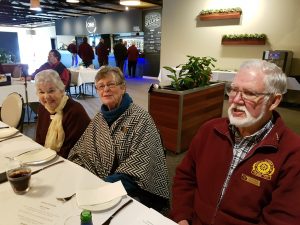 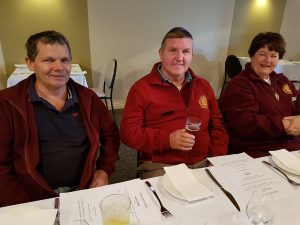