The 2018 Auto Collectors Club of Murray Bridge (ACCMB )Presentation Dinner took place at the Swanport Hotel on Saturday evening the 24th March.
A good attendance of 70 members and guests arrived in their dinner attire, taking their places at various tables , while greeting fellow ACCMB members for a 6-30 pm commencement.

The evening commenced with President Claude Minge accompanied by wife Elizabeth, officially welcoming all to the club’s annual dinner and outlining the evenings proceedings.

With the main meal served and completed, President Claude introduced club Secretary and Life Member, Mrs. Brenda Cowie to the trophy table for the presentation of yearly awards to various successful ACCMB members.

Firstly the ‘Keeper Trophies’ were presented to all 2016/2017 trophy winners by President Minge and Secretary Cowie, followed by the presentation of the ‘Perpetual’ trophies to all 2017/2018 winners.

PRESIDENTS — (member chosen by President for continuing club service ) To be presented at the ACCMB AGM. April 3rd.

ECONOMY RUN  — ( members on run to determine the amount of fuel used by a nominated car) Winners – Graham & Maureen Edwards.

MOST IMPROVED VEHICLE — ( Progressive restoration viewed by judging panel during the year for nominated vehicles ) To be presented at the ACCMB AGM. April 3rd.

Following trophy presentations, President Claude called upon unsuspecting ACCMB members Elaine & Roy Bretag to come forward to have the clubs highest award of LIFE MEMBERSHIP bestowed upon them.
President Claude gave a brief outline of their combined services rendered to the ACCMB over their years of service which have been many and varied, with the most recent being the Twin Bridges Biennial Rally’s Registration Coordinators, serving that role since 2014, and with the 8th Biennial Twin Bridges Rally currently being planned for 2019.
With Elaine and Roy’s achievements outline, President Claude presented the couple with their Life Membership certificates and badges, with Roy thanking the club for the honor, which was followed by a round of applause.

Prior to sweets being served the President thanked all Staff at Swanport Hotel for their hospitality, to members of the ACCMB for their attendance and hoping to see as many members as possible at the April 3rd AGM of the ACCMB, before closing another successful Presentation dinner. 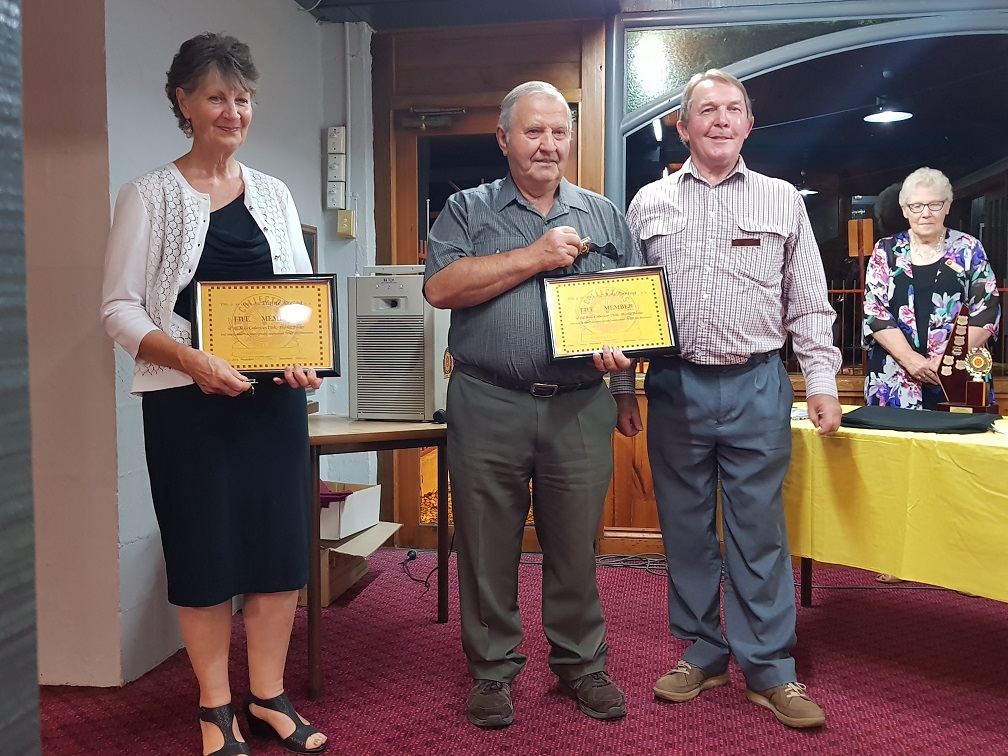 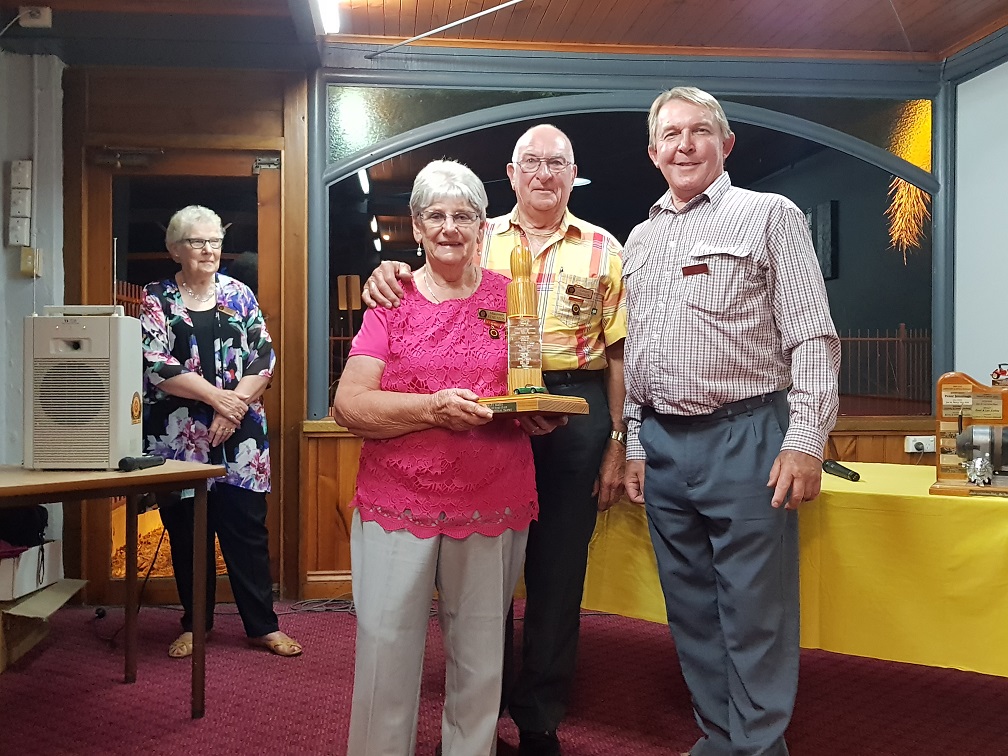 Winners of the Economy Run trophy Maureen and Graham Edwards 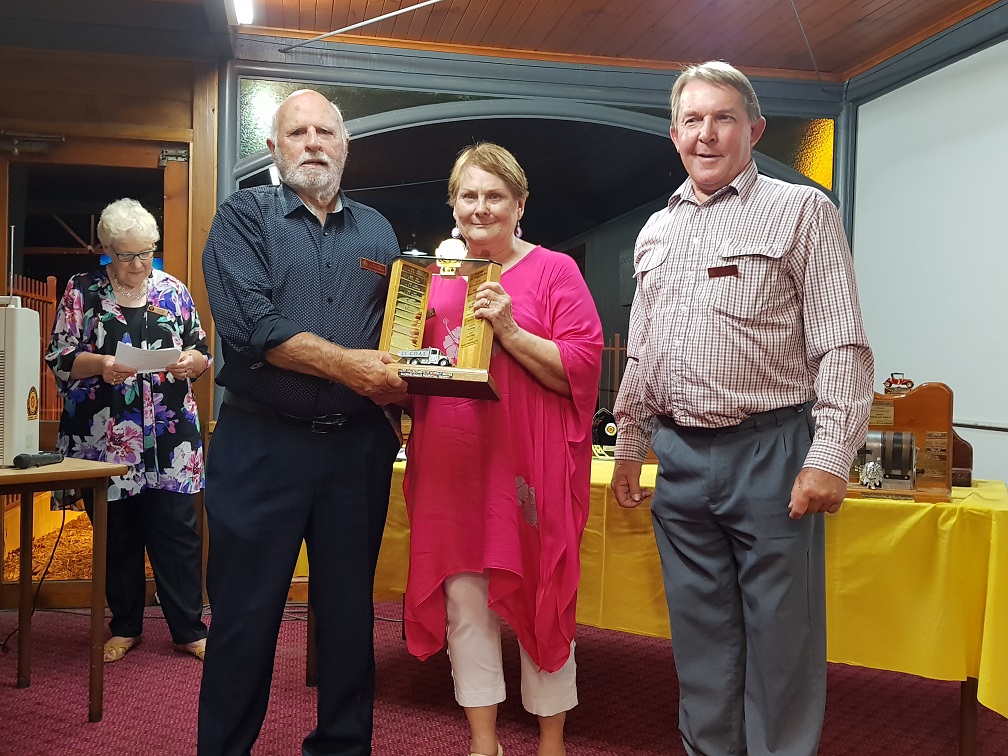 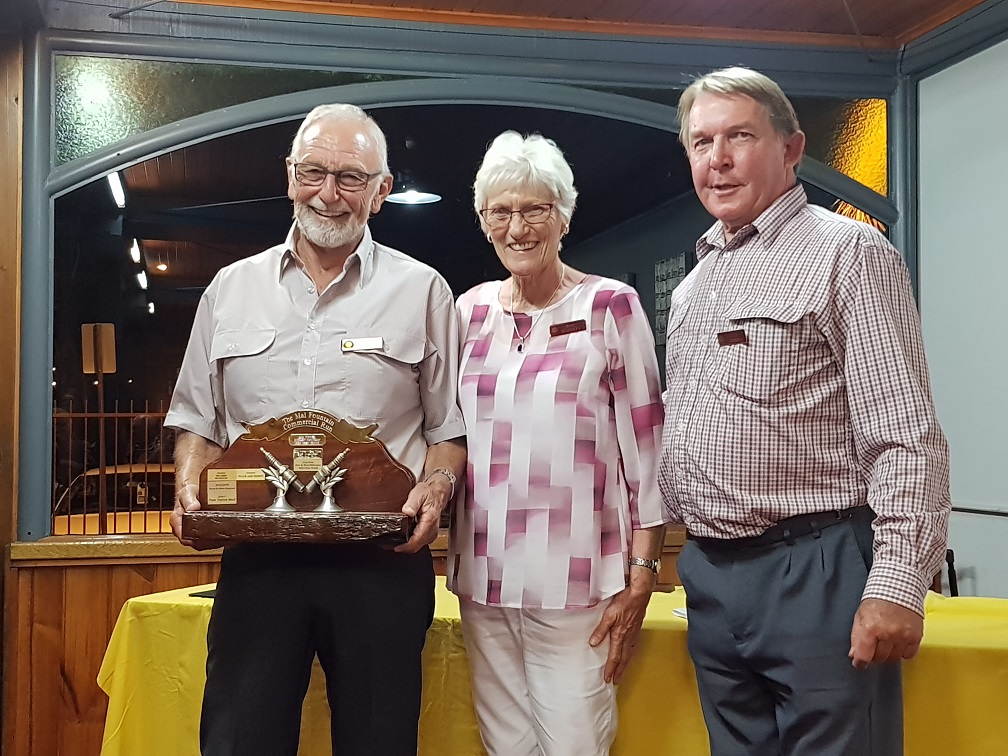 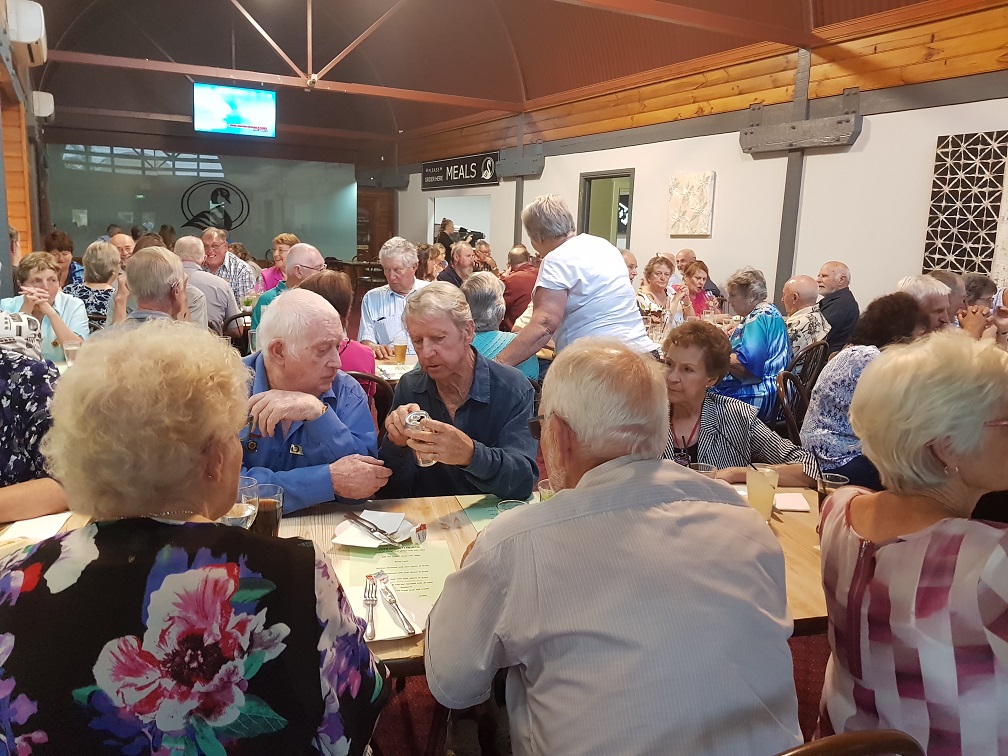 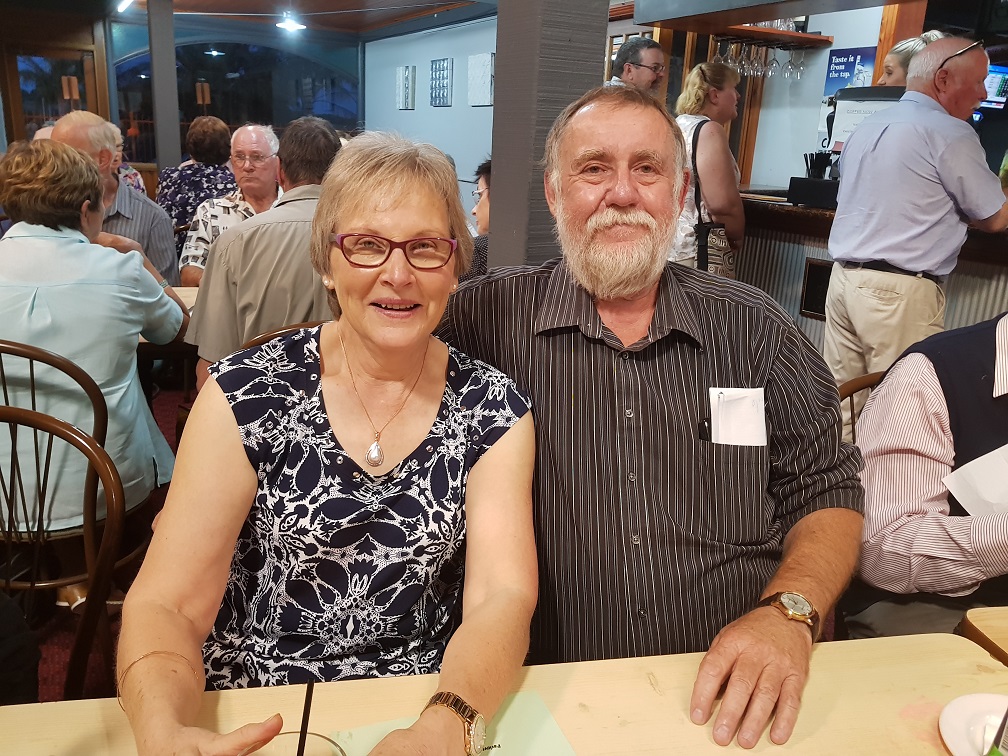 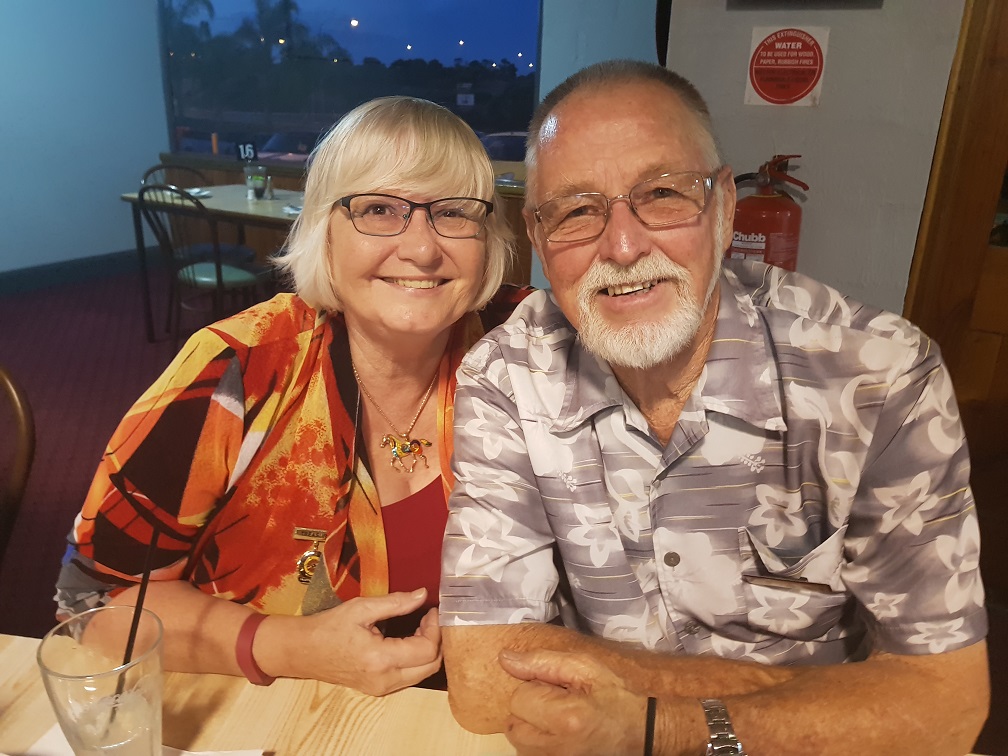 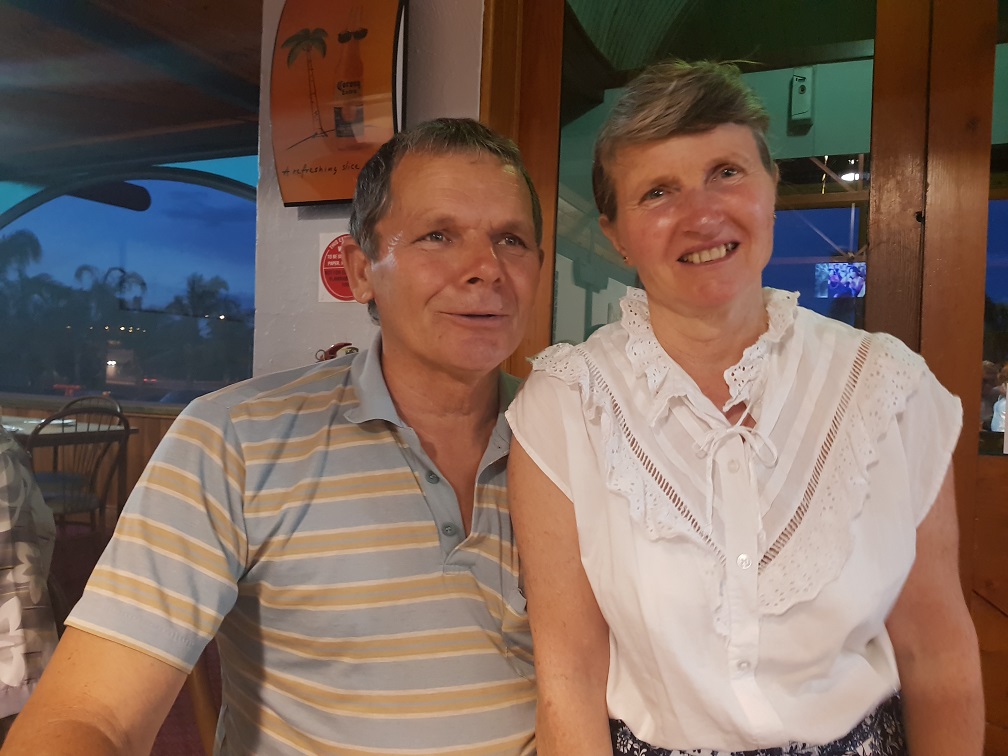